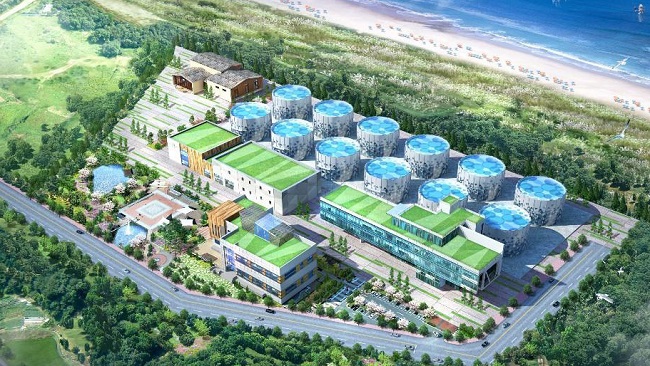 One of South Korea’s largest fishing companies, Dongwon Industries recently unwrapped plans to construct a US$168 million land-based fish farm in one of the country’s eastern provinces adjacent to the Sea of Japan.

Construction of the facility is scheduled to begin this year and operations are planned to commence in 2021, according to a report from the Korea IT Times.

According to the technology publication the latest technologies, such as Internet of Things (IoT) and big data, will be used throughout the facility to monitor and control factors such as water temperature, nutritional status and other environmental metrics.

Dongwon’s announcement this week comes after an agreement it signed with Norwegian firm Salmon Evolution.

In July this year, Dongwon invested $ 5.5 million in Salmon Evolution. Under the agreement, the two companies will work towards using Salmon Evolution’s technology  to build a land-based fish farm in South Korea.

The Gangwon facility will also include a research and development centre and a salmon processing area.

The land-based farm will employ Salmon Evolution’s flow-through system. The facility will be based on 65 percent re-use and 35 percent supply of filtered and temperature-controlled seawater.

The facility is expected to boost the provincial and East Sea coastal area’s economy through import substitution savings worth around $168 million. It will also create some 400 jobs.