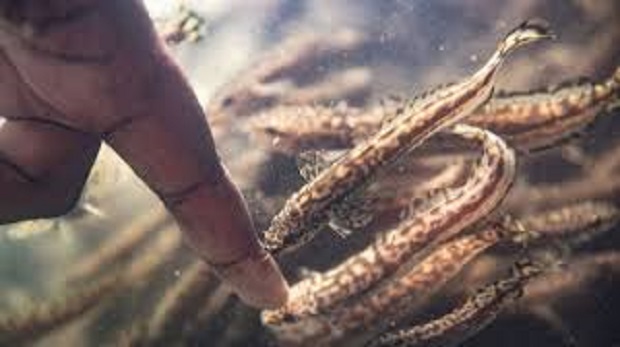 Back in the early 2000’s burbot, a species freshwater cod, numbered fewer than 50 in the Idaho wild, according to  Ken Cain, a professor in the Department of Fish and Wildlife Sciences and associate director of U of Idaho’s Aquaculture Research Institute.

A conservation effort led by the Kootenai Tribe has increased the population of the blotchy, brown fish in Idaho’s wild to around 20,000 adults, according to a post on the U of I website. The program was so successful that the Idaho Department of Fish and Game intends to launch a recreational burbot fishery in 2019 along the Kootenai River.

Cain wants to take things further. He envisions a pivot from conservation to commercial aquaculture. Currently, burbot are not farmed commercially in the United States.

There are a few challenges to adopting burbot for aquaculture.

The Burbot also goes through a larval stage once hatched.

When they hatch, the burbot is so small that they can’t be fed an artificial diet like young salmon or trout. “They are basically the size of an eyelash,” said Cain.

Cain is counting on further research to come up with solutions to cut the time baby burbot spend eating live food. This could mean selecting fish that grow faster or using smaller dry diets at the earlier stages of the burbot life cycle.

Once they have grown, Burbot can become cannibalistic and feed on their fellow burbot. This behaviour could be discouraged by providing more food and removing the larger fish from the tank.

U of I researchers are also conducting studies on the potential markets for burbot, said Moureen Matuha, a U of I doctoral student studying environmental science in Moscow. Researchers are surveying U.S. restaurants as well as investigating other uses for the fish.

For example, in Europe burbot eggs are used for caviar. the skin is used to make designer bags and the liver is sold as a delicacy.