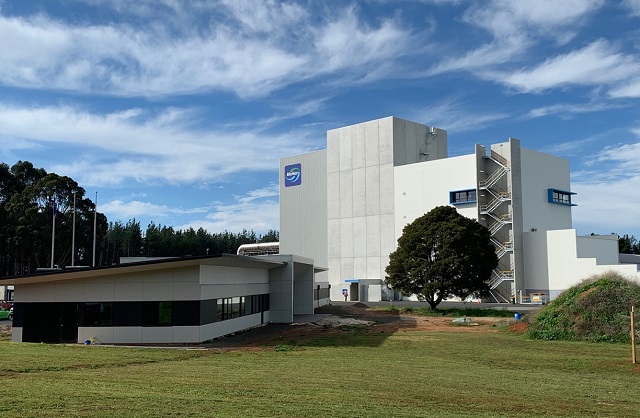 Aqua feed producer BioMar has announced that its new facility in Tasmania, Australia, has started production. The production facility will produce up to 110,000 tons per year of aqua feed to support the Australian and Oceania aquaculture industry.

“While it’s not currently possible to formally celebrate our opening together with our staff, customers and community, we must acknowledge all those involved in bringing the project to life. We are now up and running in Tasmania and we’re excited to add our technical and production capacity to the region’s aquaculture industry,” said David Whyte, managing director of BioMar Australia.

BioMar announced plans to establish production in Australia in 2017 and after a two-year build, the first trucks of fish-feed have started to roll out of the facility.

Restrictions aimed at preventing the spread of COVID-19 have severely limited public events. The company, instead, held a virtual event to celebrate the opening of the facility.

Guy Barnett, minister of Australia’s Primary Industries and Water, was present at the virtual media conference. He congratulated BioMar on achieving this milestone.

Whyte said that trials of BioMar products are now underway in a variety of species in Australia and New Zealand.

“Globally aquaculture is a growing industry with growth expected to double by 2050. BioMar is committed to helping Tasmania and our wider region play an important role in this endeavour, supporting farmers to grow healthy, sustainable and safe food,” Diaz said.