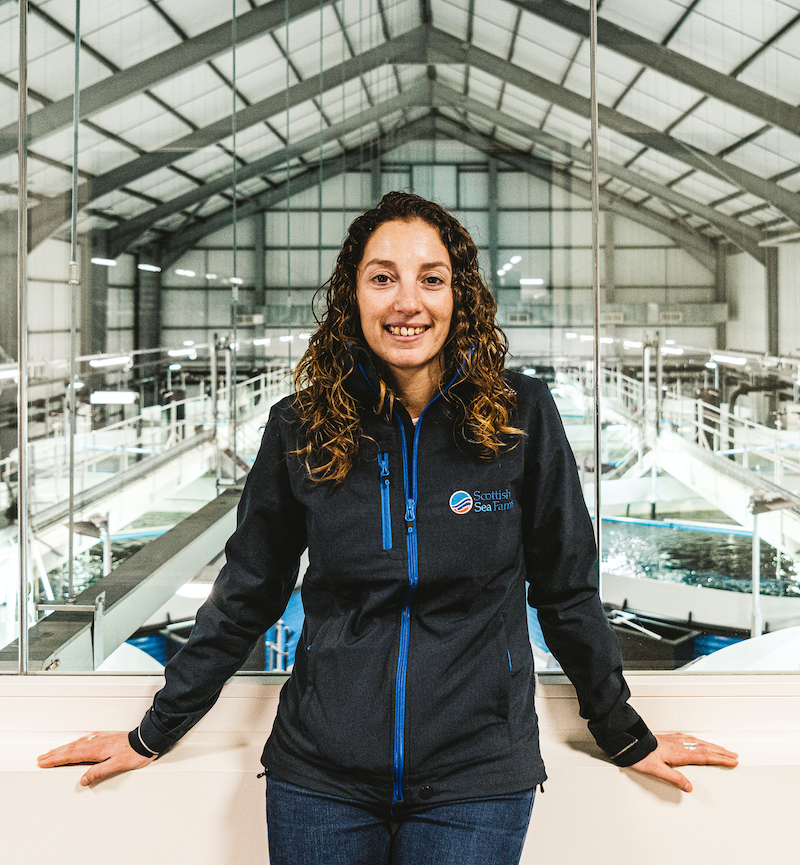 Scottish Sea Farms Barcaldine Hatchery’s operations manager Noelia Rodriguez has won Finfish Farmer of the Year at this year’s Aquaculture Awards, while the company’s Orkney team won the Economic Sustainability citation for providing much needed housing on the remote island of Eday.

“I am delighted for Noelia, who continues to go from strength to strength, and for our Eday homes team who, by thinking bigger picture, have improved conditions for colleagues and very possibly shaped a new business model for ensuring more of our remote farms remain viable in the long-term,” Scottish Sea Farms managing director Jim Gallagher said.

Originally from Asturias in northern Spain, Rodriguez joined Scottish Sea Farms in 2012 as fish health biologist, beginning her career at the company’s marine farms and managing, along the way, to gain an MSc in Sustainable Aquaculture from the University of St Andrews.

She made the leap to freshwater production in 2017 and was soon appointed operations manager of the new Barcaldine Hatchery, equipped with RAS (recirculating aquaculture system) technology.

Now two years into her role at Barcaldine, her focus on producing top quality smolts has been rewarded with fish that have been, in her words, “nothing short of amazing.”

“There was a lot of talent represented in the category and across the awards as a whole, so I feel really honoured to have been chosen,” she said. “I have such a passion for the sector. Equally, the last few years have been such hard work to make Barcaldine the success that it is today, not only for me but for all involved, so this award is really for all those who helped make it happen and who continue to work hard to produce the best quality smolts.”