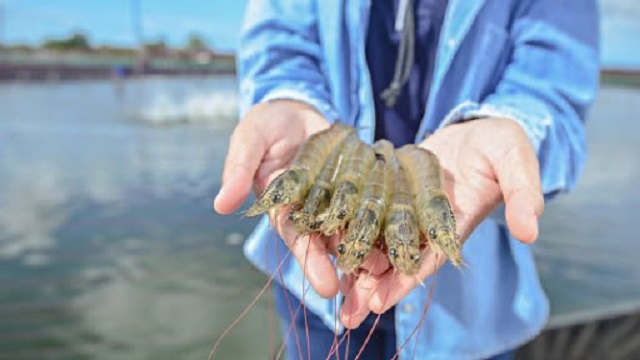 Charoen Pokphand Foods (CP Foods) is transforming a former citrus grove in Indiantown, Florida, into a 40-acre land-based shrimp farm that will be a testing ground for the Bangkok-based company’s aquaculture operations in the United States and other parts of the world.

“It’s a pilot farm and we’re going to be trying out a lot of new and different principles,” Robins McIntosh, vice-president of CP Foods, told the Advocate of the Global Aquaculture Alliance. “If it works, there could be Homegrown farms outside of every major community. We could have Homegrown facilities in Europe and China.”

He said he wants to demonstrate that shrimp can be grown away from salt marshes, mangroves and other valuable coastal lands.

According to Homegrown Shrimp, recirculating aquaculture system (RAS) technologies will be “developed and demonstrated” for the site’s grow-out and hatchery operations.

The company hopes to be able to recycle 100 percent of the water used in the facility and deploy automation processes wherever possible.

“In addition to shrimp culture units; the site will have a small completely recirculating closed hatchery using improved specific pathogen‐free (SPF)  broodstock to produce up to 10 million post larvae per month,” according to CP Foods.

McIntosh aims to produce up to 1,000 tons of shrimp annually.

The Indiantown farm will have 18 above-ground production tanks in a temperature-controlled building.

Unlike other systems that discharge wastewater, the tanks will be filled with artificial seawater that recirculates throughout the system. The facility’s wastewater will be pumped through an anaerobic digestion system, blended with a polymer and turned into pellets. The pellets can be re-used as road fillers.

“We’re not using expensive bead filters and biofilters and other high-tech stuff; it’s very simplistic, going back to environmental engineering concepts and doing it in a way that’s cost-effective,” said McIntosh.