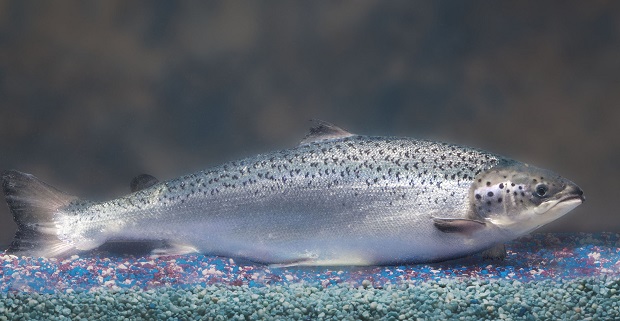 The AquAdvantage Salmon from AquaBounty Technologies

The land-based aquaculture company headquartered in Maynard, Mass, expects to grant the underwriter of the offering a 45-day option to purchase up to an additional $1.5 million of shares of common stocks to cover over-allotments, if any.

AquaBounty intends to use the net proceeds of the proposed offering “for working capital costs associated with growing its first batches of fish at its Indiana and Rollo Bay, Prince Edward Island, farm sites,” and for other general corporate purposes, and to continue construction and renovation activities of its existing facilities in Rollo Bay and Indiana.

AquaBounty is a biotechnology firm that is notable for its research and development of genetically modified fish.

Back in April last year, Environment Canada approved the commercial production of genetically modified salmon produced by AquaBounty in a facility in Rollo Bay in eastern P.E.I. The company also secured permission to export GM salmon eggs from P.E.I. to its facility in Indiana to be grown out.

The company’s AquAdvantage fish program is based upon a single, specific molecular modification in fish that results in more rapid growth in early development compared to conventional salmon. This means that the company has the potential to raise fish to market weight in less time than its competitors who are not raising GM fish.