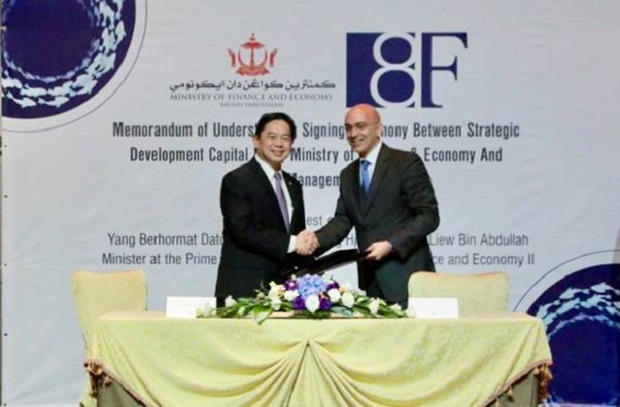 Land-based aquaculture company Pure Salmon and 8F Asset Management are working together in what is being billed as the first and largest recirculating aquaculture system facility of its kind in South East Asia.

The two firms announced plans to build a new 10,000 tons per year land-based Atlantic salmon farm in Brunei. The US$180m state-of-the-art RAS facility will be developed in partnership with The Strategic Development Capital Fund, of Brunei. The Strategic Development Capital Fund is a Brunei government trust sub-fund established to provide long-term financial sustainability for the country through diversified investments meant to generate economic growth.

The project, which is due to commence in the third quarter of 2020, will generate up to 145 local jobs. The government hopes the project will also attract significant foreign direct investment for Brunei.

People recruited to work in the facility will receive training from Pure Salmon’s team of experts. The program will include on-site practical training in one of the company’s existing facilities abroad.

As part of this new project, the 8F and Pure Salmon Foundation will implement social and educational initiatives in partnership with local schools and universities in Brunei to support greater education on healthy eating and nutrition for the children in the region.

“Our aims as a company are to address the supply of clean, healthy, locally produced protein while providing increased opportunities for the local community,” said Karim Ghannam, board director of Pure Salmon and chief executive officer and co-founder of 8F Asset Management

“This project puts Brunei at the leading edge of innovation in sustainable food production, addressing the increasing demand from a continuously growing population while contributing to the food security of the country,” Ghannam added.

Pure Salmon’s announcement follows a number of strategic launches in recent months.  The company has projects in Japan, the USA, Europe, China and Lesotho in addition to its fully operational facility in Poland (producing adult-size fish of 4-5kg).

The new facility in Brunei, as well as its other projects around the globe, will all contribute to Pure Salmon’s aim to produce 260,000 tons of salmon per year.