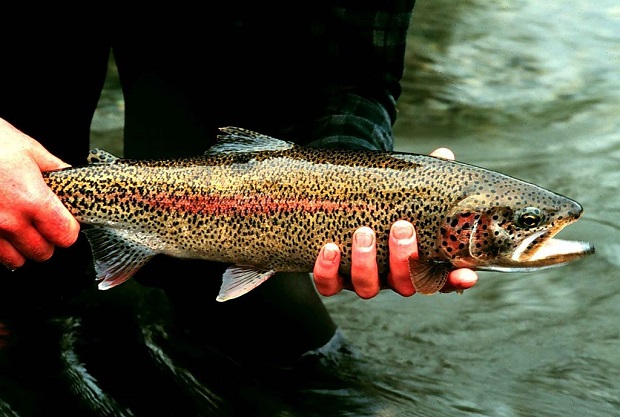 The cardiac health and growth of trout in circular aquaculture tanks can be improved through exercise and enhanced dissolved oxygen (DO) delivery.

These were the findings of a research supported by the United States Department of Agriculture – Agricultural Service. The study was titled: “The effects of swimming exercise and dissolved oxygen on growth performance, fin condition and survival of rainbow trout Oncorhynchus mykiss.”

The draft manuscript of the study was published by John Wiley & Sons Ltd.

“…the results of our study suggest that swimming exercise and DO at saturation during the culture of rainbow trout can be beneficial to producers through improved growth performance and cardiac health,” according to the study authored by Thomas Waldrop, Steven Summerfelt, Patricia Mazik, P. Brett Kenney, and Christopher Good.

The researchers also concluded that “facilities utilizing salmonids and other species with a high metabolic scope and positive rheotaxis may benefit by maintaining dissolved oxygen at saturation and providing moderate swimming exercise in the right balances.”

The researchers said that this was the first study to investigate the effects of both DO and exercise on fish health and growth.

Both swimming exercise (usually measured in body lengths per second, or BL/s) and DO can be readily controlled in modern aquaculture systems. The team conducted the experiment to evaluate the effects on trout growth, fin health and survival of the two variables separately and combined.

The study used 12 flow through circular tanks. Each tank was retrofitted with a magnetic pump connected to an inlet and discharge manifold, inducing rotational water velocities for swimming exercise by removing water from the tank and pumping it back through the discharge manifold.

The researchers found that dissolved oxygen had a significant, positive influence on final weight. Swimming exercise also had a positive effect on cardiosomatic index.

“Our findings confirm better growth performance in oxygen saturated environments, with trout in the high DO treatment having a 17 per cent growth advantage compared to those raised in low DO,” the study said. “Although not significantly different in this study, feed conversion rates were generally lower in the high DO regimes, and given that exercised fish had a higher intake of feed with a lower feed conversion, exercised fish were likely more metabolically efficient than unexercised cohorts.”