Features
The Vikings are coming 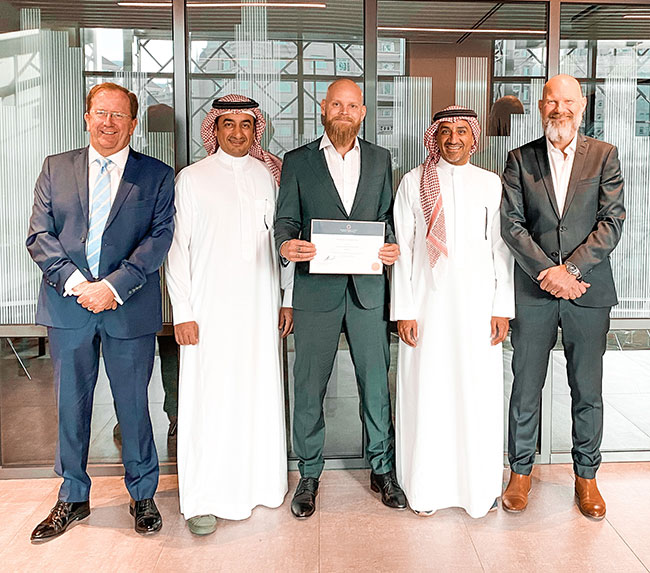 Lukas Havn has a specific vision for the future of aquaculture.

As the CEO of Vikings Label, Havn envisions what he calls “Fish City” – a 50,000-ton RAS compound sustainably producing locally-consumed fish species in the middle of a desert. The project will also include a research center, education center, a feed mill and an algae plant.

The first step of this three-year construction plan is set to begin this October with a 5,000-ton salmon RAS facility worth US$100 million. Havn says his team is looking Oman or in Saudi Arabia for the build. Both are ideal for its close proximity to the company’s Dubai headquarters, where it has been importing Norwegian salmon and other fish species since 2016.

RAStech sat down with Havn about his company’s plans to bring Scandinavian innovation to the aquaculture market in the Middle East.

RAStech: What is your overall vision for Fish City?

Lukas Havn: I really hope it would be like the heart of modern aquaculture, not just in this region but if you take the centre of the world, Middle East is pretty much the center. We want this to be the start of a sustainable industry that can grow into anything. It can grow into vertical farming, into massive research centers, education centers. We want to build up a life around it. We want to have people actually living there and establish a life; a fully integrated and sustainable village.

RAStech: How has the pandemic affected the project’s progression?

LH: The engineering team is in Norway and Denmark at the moment. They’re keeping up with the development of the technology remotely. We’re working with engineers here to develop the structure itself in Dubai. We’ve also had good progress on the sites, getting maps and getting reports of the water qualities. I even had a guy in Oman that was helpful enough to drive around and send me a live video. We used to have a target of starting construction in October this year. For now, we’re keeping that target. We’re also not fully funded yet but we’re getting there.

RAStech: What unique challenges do you face to make this build possible?

LH: There’s no issues building in the Middle East compared to anywhere else. Rather, I think there are some advantages. In the beginning, it all started because the market is massive and it’s growing. And when it comes to water, the temperature is not an issue at all. It consumes a lot of electricity to cool it and that’s about it. And we need much thicker insulation to keep the cooling inside. So we had to look at really smart systems that will manage the environment efficiently. That’s why we have chosen plots where we can go pretty deep, where there’s a lower average temperature. We’re going deep into the ocean and we’ll pump directly into the facility. For the freshwater fish, we will use wells. For saltwater, we’ll use ocean saltwater. It’s actually going to be 90 percent ocean water. We are also looking into wind energy but the solid plan right now, is to adapt solar. We’re going to use as much solar as possible. We have looked at all the best solutions we could find before we look at how much it costs. We decided that we need a facility that’s going to be the best in the world and it costs what it costs, so we’ve been looking at it from that angle.

RAStech: How has the government played a role in choosing the perfect site?

LH: Especially in Oman, they are supporting us beyond what we would expect. The reason we actually ended up looking at Oman as an option is because the government brought us there. They laid out everything; how we could cooperate with lands, facilitating the project. They’re very flexible. It gives us a very straight path to building. We don’t have to go through many hurdles to get to the construction stage. In Saudi, it’s the same. They have been helpful. It’s a bit more complicated, a bit more politics. But both of these countries have very clear targets in increasing their aquaculture production. And both have gone public with their targets, so that’s also one of the reasons.

RAStech: What’s the feedback from the local community?

LH: We always get the same questions and a little bit of skepticism about the hot temperatures, and things like that. But nothing negative. Just mostly excitement, especially because we are working on bringing in the locals, to work on the project, train them and make them a part of it. People really stand behind the government here. If the government says they want to increase aquaculture production, they get excited. They want to create a new economy in the country.