Features
Out with the old: LIVIA College modernizes its aging RAS facility 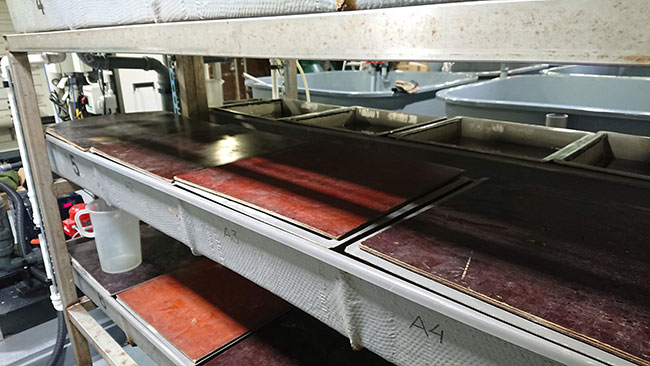 LIVIA College’s incubation system has the capacity of approximately 300,000 eggs per incubation batch.

It was a delight muddled only by the system’s water which had a high concentration of solids. The clay particles of the brackish water settled in tanks and pipes, continually messing with the water temperature and quality.

Twenty years later, Marittinen found that his career had come full circle. In 2019, as an entrepreneur and consultant at RAS-Consulting, Marittinen was hired by LIVIA College to overhaul the school’s aging RAS facility and battle his old nemesis – the brackish water that made managing the system a challenge.

Setting the stage
The RAS renovation project was completed in December 2020. Antti Forsman, lecturer at LIVIA’s College of Fisheries and Environment, says the work by RAS-Consulting has transformed the school’s RAS facility into a modern learning environment outfitted with equipment students will most likely encounter in today’s leading RAS companies.

Apart from that, according to Forsman, the renovation project provides insights on RAS construction best practices. Prior to the project, the use of RAS had been growing around the world. However, Finland was experiencing a RAS talent crunch, says Forsman.

“We were experiencing a shortage of skilled RAS personnel,” he explains. “You know how to take care of fish, but managing the system is a challenge.”

That was when, LIVIA College made the decision to modernize its 20-year-old facility. Right from the start, the college was clear about the reason for the renovation.

The aim was to build a RAS learning environment where, in addition to fish farming, all the different stages of water treatment can be studied, all factors can be monitored, and techniques can be practiced.

Upgrade challenges
RAS-Consulting began drawing up plans, making equipment listings, process diagrams and investment estimates. The old system was dismantled in the summer of 2020 and construction of the new system began in autumn that year.

For Marittinen and many students, the old RAS facility was a maze.

“There were so many pipes in the old facility,” he recalled. “They snaked all over the place and we had no idea what half of them did.”

In order to manage a RAS facility properly, operators need easy access to equipment and clear visibility of components. The company created a floor plan which made it easier for students to observe the different stages of the various processes involved in running the facility.

“Another challenge for the project was brackish water from the Baltic Sea and its varying quality. The water is very high in clay particles,” says Marittinen. “There would be times, especially in the summer, when you can even sea the fish in the tanks.” 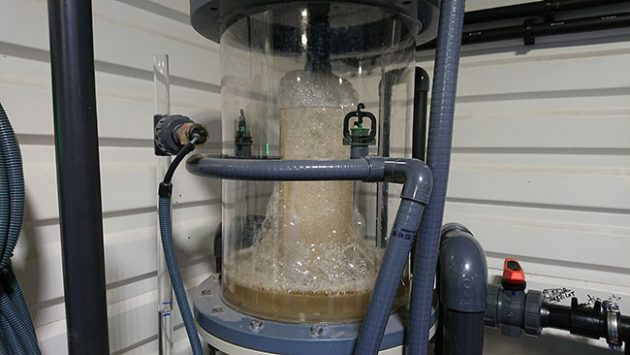 With a feeding capacity of around 12 kilograms of feed a day, the system’s need for make-up water is aobut 1,000 litres per kilogram of feed. Photo: ras-consulting

From the perspective of the learning environment, this was seen as an interesting equation, according to Marittinen.

The capacity of the incubation system is approx. 300,000 eggs per incubation batch.

The temperature of the incubation water is kept between seven and 12 C.

In the upper water tank, the water is aerated, and oxygen, pH and temperature are measured from the water with online sensors.

The feeding capacity of the system is about 12 kilograms of feed a day and the production capacity is about 100,000 -150,000 fingerlings per year.

The need for make-up water is about 1,000 litres per kilogram of feed.

First batch
This past December, work on LIVIA College’s RAS facility was finished.

“The project went well and the first batches of whitefish, rainbow trout and sea trout are currently growing in the system,” Marittinen proudly says.

Forsman is also very hopeful that word of the successful RAS renovation will attract more students to LIVIA.

“The RAS system has now been operational for the first spring season and we have been pleased with the operation of the plant as both a RAS and a learning environment,” according to Forsman. “Much remains to be learned about running a facility, and that’s just the right signal from a learning environment perspective.”