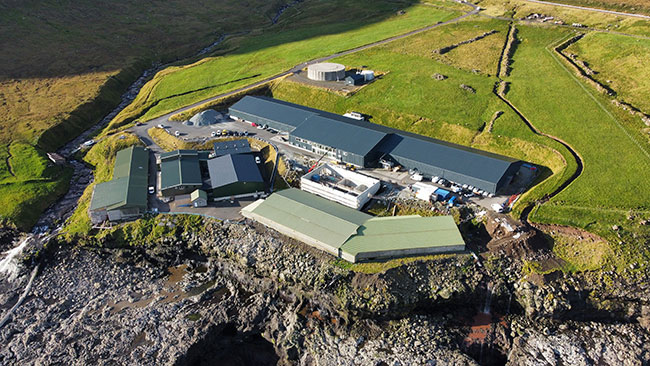 Extension of the Bakkafrost facility at Viðareiði, to reduce the biological risk and increase its production capacity. (Photo: SMJ Aqua)

The Faroe Islands, which are placed in the middle of the North Atlantic Ocean, together with other Nordic countries like Iceland and Norway, have a strong and proud tradition of fish farming.

Few societies are as closely tied to marine life as the Faroe Islands. The sea around the islands is rich in life, and utilization of these resources is an absolute necessity as these are the foundation of the Faroese society and economy. Well over 90 per cent of the Faroese export is from ocean resources.

Although Faroese companies started breeding salmon in the 1970s, the major marine industry in the Faroes up until 2012, have been traditional fishery and trawling.

Nevertheless, in the past 10-15 years, aquaculture has grown massively and has become just as important as the fishing industry. In 2021, 48 per cent of Faroese exports (worth US$700 million) was from the aquaculture industry.

The Faroe Islands is the world’s leading salmon producer measured relative to population with 1.8 tonnes per capita. Cold-water fish species, like Atlantic Salmon (salmo salar), are especially suited for breeding in the North Atlantic. The marine environment is close to ideal due to the stable conditions provided by the Gulf Stream.

The water temperature is cool and steady. It only varies approximately 5 C during the year. The coldest temperature in winter is 6 C, while the temperature in the late summer months can increase to 11 C. Besides the cool and steady temperatures, conditions like strong currents, clear water, and accessible fjords all support ideal environments for breeding healthy and robust salmon in the Faroes.

Today, three companies produce and export farmed salmon from the Faroe Islands. These are Bakkafrost, Hiddenfjord, and MOWI. Together, these companies harvested almost 95,000 tonnes of salmon in the Faroes last year. The development of harvested salmon from 1996 to 2021 is shown in Figure 1.

Just like the marine environment influences the quality of breeding in the ocean, the local natural environment plays a big role in land-based facilities. It is important for fish welfare and robustness that process water temperatures are low and constant. The climate in the Faroe Islands is relatively cool and stable with mild winters, having an average temperature of 3 C, and cool summers with an average temperature of 13 C. The cold and steady climate gives excellent conditions for the salmon industry in land-based facilities.

The type of system chosen for a land-based facility often depends on the availability of water and water temperature in the area. Some facilities, like in Iceland, are placed in areas with plenty of cold water, encouraging flow-through or reuse systems. Arranging the plant according to optimal utilization of natural resources reduces energy consumption and optimizes production.

In places like the Faroe Islands, where water is a limited resource, RAS systems are the most common ones. Like flow-through and reuse systems, RAS facilities depend on the natural environment, as process water temperature and quality are affected (e.g. the inlet water and air used for degassing).

Process water temperature in RAS increases with time due to biological activity and excess energy from mechanical processes.

In most Faroese land-based facilities, salmon is grown to post-smolt size before it is transferred to sea to grow out to slaughter size. Faroese natural environment for breeding salmon in the fjords is ideal.

Therefore, full-size grow-out facilities are not expected as long as the fjords have the capacity to increase production. However, full-size grown saltwater facilities might be expected in the future to meet the market’s growing demand.

HISTORY
The success of the Faroese aquaculture hasn’t always been as evident as it is today.

After the first companies started breeding salmon in the 1970s, rapid and considerable uncontrolled growth in the number of licenses given in the Faroese fjords was seen during the 1980s.

By the end of the 1980s, the number of farming licenses had reached a total of 63. Due to the high density of licenses, a disease outbreak in the early 1990s caused vastly high mortality and stated the need for a more controlled utilization of our natural resources and environments.

The Faroese veterinarians implemented regulations and legislations with a focus on disease prevention, fish welfare, and environmental protection. Throughout the 1990s and 2000s, periods of good health and good prizes were substituted with new health crises, causing high mortalities. This resulted in even more stringent legislation, often referred to as one of the world’s most strict aquaculture veterinarian regulatory regimes.

The main purpose of the legislation was to create predictable environments for aquaculture in the Faroese fjords for fjords to keep providing the industry with the ideal natural environments for many years to come and, at the same time, reduce the risk of disease outbreaks.

Since 2007, stringent legislative reforms have proven their success, and only minor to moderate disease outbreaks have been in the industry since then. Even though the number of licenses has halved from 63, the sector’s production has grown significantly.

To keep the marine environment clean and healthy for many years to come, aquaculture companies are required by law to perform regular checks on the water quality and the seabed.

Arctic Smolts facility in the Westfjords in Iceland is increasing its capacity. (Photo: SMJ Aqua)

INFLUENCE ON SOCIETY
Today, the aquacultural industry is crucial for the Faroese society and economy.

A major objective of the Faroese aquaculture policy is social sustainability, stating that the ocean’s resources should benefit the Faroese society and create jobs across the country.

Other sectors are highly affected by aquaculture activities; for instance, suppliers of feed, nets, cages, etc., the shipping industry, the construction industry, and many more. These industries are expected to link a few of thousand people to the aquaculture industry.

The Faroe Islands has been the breeding ground for outstanding salmon producers like Bakkafrost and Hiddenfjord. Vendors supporting the industry have also gone from locally working for the Faroese salmon industry to assisting salmon producers all around the North Atlantic with knowledge and experience. 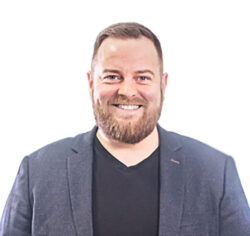