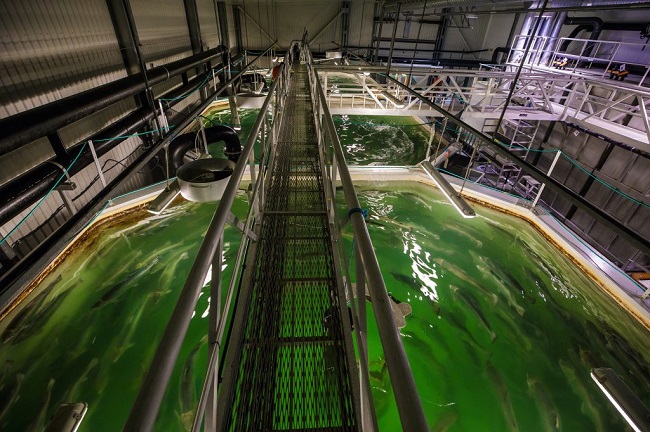 Research into how land-based fish farms disinfect their recirculating aquaculture systems (RAS) has revealed that facilities in Norway go about the practice differently compared to their North American counterparts.

The study was conducted by fisheries and aquaculture body Nofima AS, which looked into the disinfecting practices at 25 RAS facilities in Norway, the United States, and Canada. The researchers hope their findings can be used to create new standards to increase effectiveness and prevent outbreaks of disease.

“Greater variation in the period of contact may indicate that they have more structured strategies, and somewhat more experience regarding the effect of disinfection,” Lazado said. “This is reflected in the fact that most facilities in North America have longer operating time compared to the Norwegian ones.”

The survey also found that the majority of Norwegian respondents, and more than 90 per cent of the North American respondents,  follow the manufacturer’s recommendations for use of disinfecting equipment and products.

However, the survey also revealed that “many people are not aware of how effective the disinfectant is for their RAS facility”, according to Lazado.

The researchers also found that while all the facilities have their own safety procedures, “there is no overview of how these procedures are practiced and managed.”