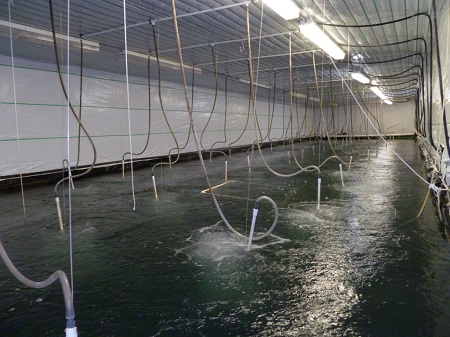 NaturalShrimp Inc. announced that two of its latest electrocoagulation (EC) machines will undergo their final testing prior to their installation at the company’s pilot plant in La Coste, Texas.

The company, which bills its self as having patented the first commercially-operational recirculating aquaculture system for shrimp, invested more than $600,000 on EC systems during the last 18 months.

Electrocoagulation involves the passing of electrical current through the water deposits. This has proven to be an effective method for removing contaminants from water.

The process has been credited for cutting contaminated water volume by almost 98 percent. EC can also lower the water treatment cost by as much as 90 percent.

The installation of these two new EC systems along with the three recently ordered ones will bring the total operating EC systems at the La Coste pilot plant to nine systems (four smaller ones for the nursery tanks and five larger ones for the grow-out tanks).