September 12, 2022  By From the experts at the Freshwater Institute 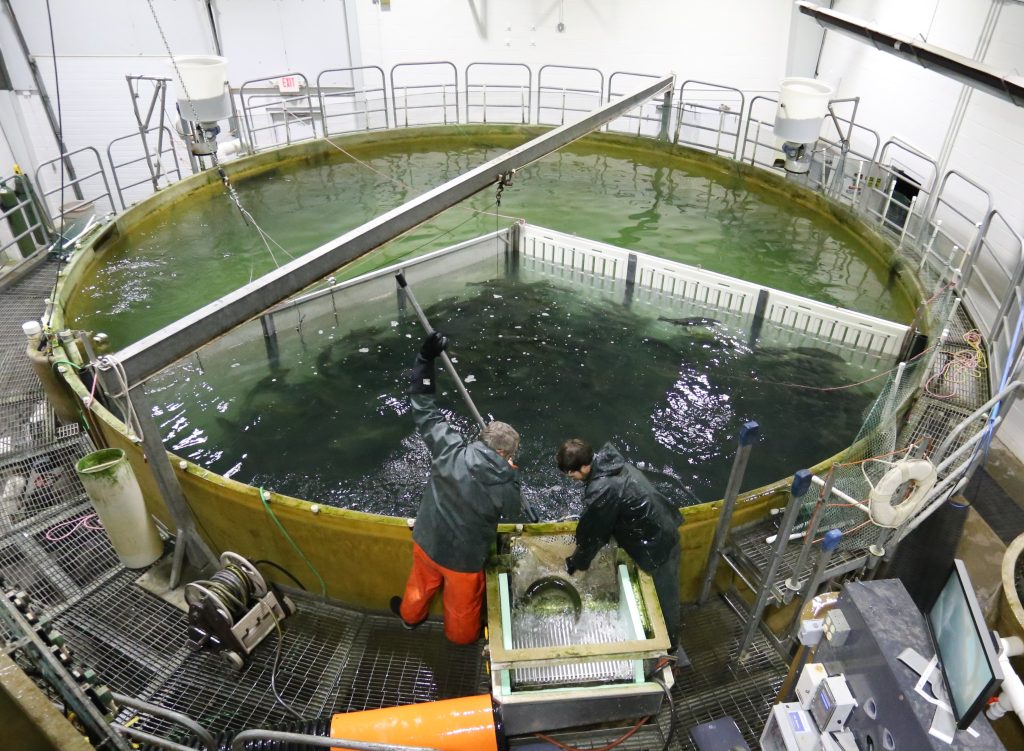 Disinfecting procedures for RAS are an important aspect of farm biosecurity plans and a preparation step for successful purging of off-flavour. At the Freshwater Institute, RAS are commonly disinfected with a hydrogen peroxide concentration of 200-300 mg/L held for two hours of contact time.

In a recent survey, considerations of residual chemical were a top-ranked disinfectant selection criteria for RAS facilities in North America. Residual hydrogen peroxide discharged from a disinfected system could be harmful to biofilters if reused in RAS, plants if used for aquaponics, or the receiving environment.

Natural Decay
Hydrogen peroxide dissociates into oxygen and water. However, the rate of dissociation in a clean disinfected system is unknown.

To determine the time needed for hydrogen peroxide residuals to dissociate, an 18 m3 partial reuse purge system was cleaned and disinfected according to Freshwater Institute standard operating procedures. 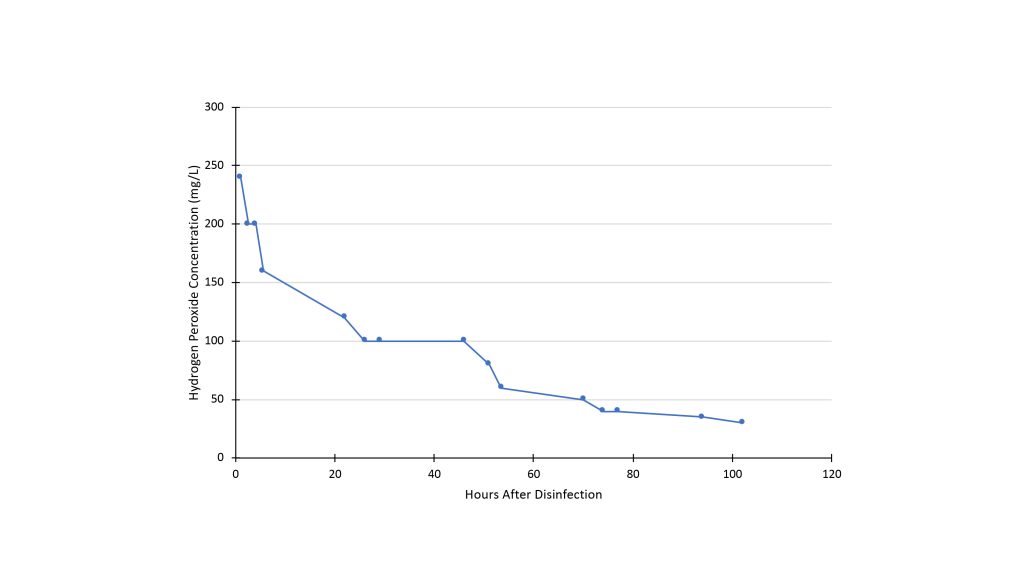 This relatively long wait time could make natural decay of hydrogen peroxide unfeasible, in terms of scheduling system restocking and may allow off-flavour producing bacteria to recolonize RAS prior to completing a purge cycle. 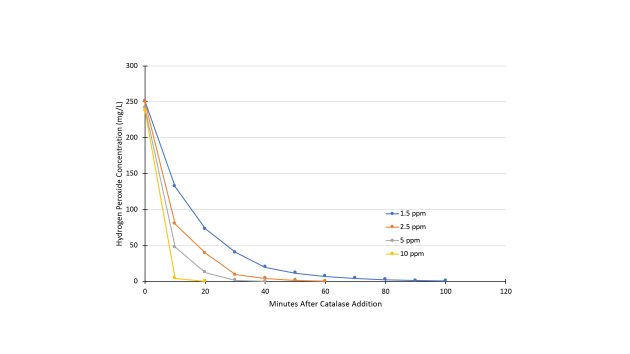 Incorporating a biofilter bypass loop could allow an operator to successfully treat a short-cycled RAS or static culture tank with a therapeutic dose of hydrogen peroxide and neutralize residual chemical before returning flow to the biofilter.

This would equip RAS operators with more options for disease treatment. However, this technique would require additional research. Rapid decay of hydrogen peroxide from catalase resulted in dissolved oxygen concentrations exceeding 300% saturation. Temporary exposure to supersaturated water could induce a physiological response depending on fish species, life stage, or duration.

Though shown to have no toxicological effects on aquatic species and already used in food applications, the effect of BioRAS Balance dosed water on biofiltration, fish health, and food safety should be confirmed before use in RAS housing fish.