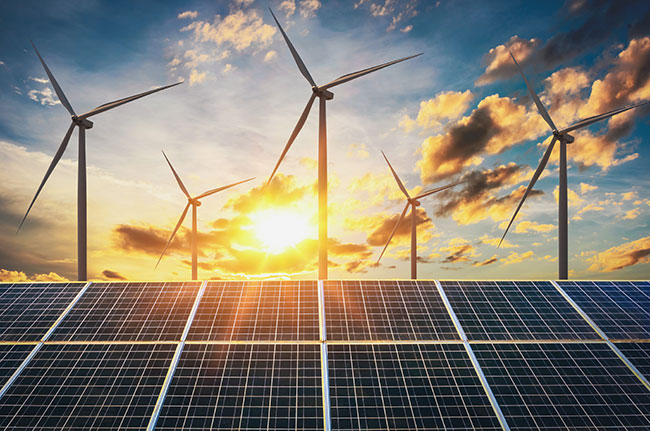 The current global population growth forecast carries with it an increase in demand for food. In order to meet this demand, it is necessary to increase production by 70 per cent and thus, the energy production will need to be increased by 30 per cent (according to FAO and several scientific research). Between 2000 and 2014 for example, energy consumption in food production systems alone went up 27 per cent although the intensity decreased by an average of 18.5 per cent, offering hope that some things are changing and the systems implemented are working in a more efficient way. The decrease in the energy intensity of food production systems means improvement in economic energy efficiency.

The yearly amount of wild-caught seafood worldwide has stayed the same over the past decades while the amount raised through aquaculture has risen dramatically. The U.S. is not the biggest producer of seafood but it is the leading global importer. Approximately 90 per cent of seafood consumed in the U.S. are imported, 50 per cent of which come from aquaculture. In 2018, the ‘seafood deficit’ was valued at about US$16 billion, representing the largest single import deficit in the country. The U.S.’s reliance on seafood imports is a cause of concern over food safety and security, apart from the trade deficits it creates. There is a need to expand the aquaculture industry, with high-quality and efficient RAS playing an important role. Therefore, improving these systems as a whole will be key and crucial to reduce the mentioned deficit and to improve U.S. food security.

Risks and opportunities
With population growth and the corresponding increase in food production, the energy consumption increases tremendously, creating an imbalance. The forecasted population growth will cause a tremendous global increase in food demand, while at the same time the forecasted energy production growth seems to be unacceptable in the current scenario. What can the aquaculture sector do?  Traditional sources of energy are limited. Hence, it is necessary to strive for greater energy efficiency in food production systems, and the RAS sector has the opportunity and the responsibility to be a leader in this.

One of the most important lessons I have learned (and keep learning on a daily basis) is that risks are not always bad, there are good risks called opportunities. And I have to admit that it has taken me some time to embrace this idea. But it is true. Risk management needs to deal with threats and opportunities. We need rethink and look deeper. How will the suggested implementation improve my business? Will my company be the first one launching such a product? Can I benefit from using limited amounts of energy within my system? Those are also risks.

Compared to other aquaculture systems, RAS is quite innovative and it is there where the opportunity resides. The opportunity is to look into the positive side of the relatively high ammount of energy consumed; whether it is looking on how to decrease such consumption (i.e. efficiency) or searching for cleaner and “greener” energy sources.

We all know that the food industry, including the aquaculture sector, is more than just the production site. It is also a transportation system to the markets. Studies have stated that the general trend observed in food production in developed countries indicate that indirect energy consumption from the supply of inputs, as well as the transport/logistics to the final consumer prevails among the production of food itself. And here is where I see another opportunity. RAS can be located closer to the consumer than a sea cage. The transport chain is therefore decreased and so is the energy consumed and the pollution generated. That is a risk worth taking, in my opinion.

The RAS sector recognize these opportunities and obligation. But we need to work together and move in the same direction to achieve the success and reputation of a reliable and trustworthy industry. RAS producers can shorten distances with the consumer and a large ammount of the energy used can be green energy. Let’s focus then at being more efficient. Recovering energy from some of the processes within the system and knowing exactly where the energy is consumed are two key aspects where the industry needs to focus.

Only that which is measurable and measured can be improved. Energy is the third most important and costly input in a RAS, with the first and second being feed and labor, respectively. This industry looked into the risks of using high amount of wild fish for feed production and those became an opportunity. Currently, the aquculture feed industry is groundbreaking in research and development projects to be more sustainable. They saw opportunities where they were pointed out.

The energy must follow the same path and make the RAS industry a pioneer in this regard in the global food industry.

Maddi Badiola, PhD, is a RAS engineer and co-founder of HTH aquaMetrics llc, (www.HTHaqua.com) based in Getxo, Basque Country, Spain. Her specialty is energy conservation, lifecycle assessments and RAS global sustainability assessments. Email her at mbadiolamillate@gmail.com or contatct her through LinkedIn, Facebook and Instagram.