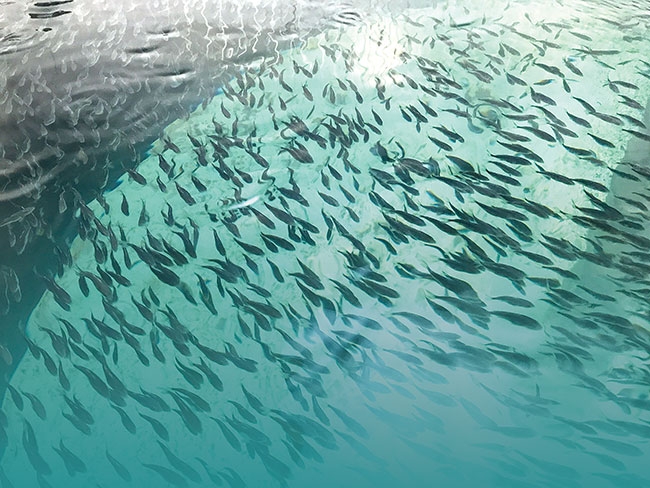 Kingfish Zeeland, based in The Netherlands, is ready to take its high-value RAS-grown Dutch Yellowtail (Seriola lalandi) to the North American market with plans to establish a production facility in the United States this year.

Kees Kloet, Kingfish Zeeland’s chief operating officer, tells Hatchery International that his company is scoping out prospective locations in the U.S. to set up shop. It plans to build a land-based production facility with an initial capacity of 4,000 tons of Yellowtail Kingfish. Kloet, however, declined to provide further detail of the location until his company has finalized and identified the site of the planned facility.

Kingfish Zeeland already sells its Yellowtail Kingfish to the U.S. market, but the growing market demand for this sashimi-grade, high-end product is creating further growth opportunities. As with many intercontinental product transactions the costs can be significant.

“What we have learned is that the market is big and it’s growing fast and there’s lots of opportunities,” Kloet says. “Like everybody else, we run into all the costs for air transport and importation and… the most logical step is to move here and start producing over here.”

R&D TO REALITY
The beginnings of Kingfish Zeeland could be traced to a research and development project with Wageningen University in The Netherlands. The company was founded in 2015 and, with technology from Billund Aquaculture, began constructing a 5,000-sq.m. RAS farm along the Oosterschelde marine estuary in the province of Zeeland.

“We are guaranteed pure quality of intake water,” Kloet says.

To ensure consistent supply of quality eggs, Kingfish Zeeland built two hatcheries – one dedicated for production and the other for R&D purposes, mainly for broodstock selection and feed production.

“The hatcheries were built so we can have more control over our products,” Kloet says. He said there are only a few companies producing Yellowtail Kingfish eggs worldwide, and only one is producing on a commercial level.

“If you rely on one supplier, it’s quite a big risk,” he adds. The hatcheries allow the company to maintain a year-round supply of juveniles for continuous production.

The eggs at the production hatchery are naturally spawned, induced by light and temperature. Several groups of spawners are maintained and eggs are produced every four days. Egg production is all year round, Kloet says.

Broodstock selection program is conducted in cooperation with Wageningen University, Kloet says. The fish are acquired from different parts of the world to ensure maximum genetic diversity, and strains are selected based on which performs best in a RAS environment.

Water temperature in the RAS system is maintained at 23 degrees Celsius, and salinity is 30 ppt.

Business case
All indications are pointing to a profitable venture when Kingfish Zeeland decided to take its product to market.

“More and more, people are finding out the versatility of the fish,” Kloet points out. “It’s a high-end market and the market is growing faster.”

The Yellowtail has a faster growth cycle, taking only about a year to grow to 3 kilograms – approximately half the time it takes to grow salmon. Japan currently produces around 80 percent of this species worldwide. Both the European and North American markets are proving to be a growth area for this species.

Kloet identifies some of the characteristics of the Yellowtail that make it great for farming: they thrive in high-density environment; shows no aggression or cannibalism; they are robust and resilient to handling. However, they are also a demanding group and requires specific nutritional and husbandry protocols.

The biggest challenge for Kingfish Zeeland has been in the feed quality. The company began with 100 per cent organic feed, creating the formula for the feed and having them produced.

“There were some issues with product quality, so we have now moved toward roughly 60 percent non-organic feed and 40 percent organic feeds. It’s a continuing development. We work with a number of suppliers to try to move into a specific formula for Kingfish,” Kloet says.

Kingfish Zeeland has achieved certification under both the Aquaculture Stewardship Council and Best Aquaculture Practices, according to Kloet. The production facility also gained BRC Global Standard for Food Safety certification.