With aquaculture growing in the region, RAS might be the next step 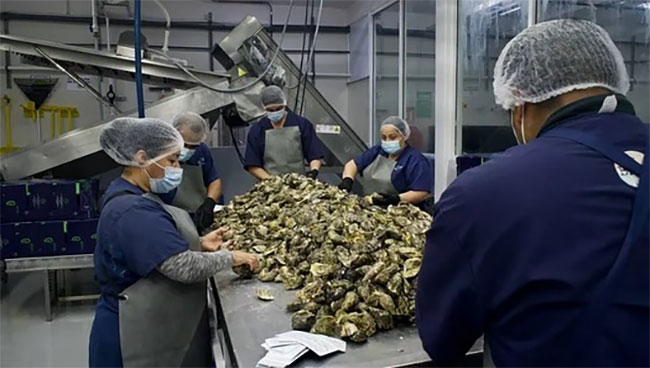 Sometimes we think that the grass is greener on the other side, but oftentimes, in reality, it’s just different.

Aquaculture investments are in a constant search for the elusive sweet spot – the site-species-market, demand-production model match that produces top quality farmed products and procures exceptional economic performance. This emerging industry is evolving rapidly, constantly moving the parameters on the economic model dashboard as new technologies are developed, and standardized across the industry.

All variables involved in an aquaculture project have to be well analysed and conceptually planned prior to assuming feasibility as a secure investment. Technology is an essential component of the production model as it addresses scalability.

The region sees investment in new technologies that improve farm conditions and ultimately increase production as essential for the success and growth of any project. The question that we have to assess in our industry is: what technologies are appropriate for the world’s different regions. If there is one thing that we have seen from successful endeavours, it is that there is no one generic model.

Latin America, or LatAm, is a region rich with natural resources and with a long running history in agricultural production. It has largely been the primary source of high-end commodities for other parts of the world, satisfying a growing global demand. LatAm is a resilient and creative region in utilising its resources.

Excluding the established, globally-recognised industries of Chilean salmon, Ecuadorian shrimp, and recently, México’s bluefin tuna ranching; for the most part, the region has been gradually transferring commercially viable technology used throughout global aquaculture.

Recirculation aquaculture systems (RAS) is a great attribute to the aquaculture industry, primarily for regions that are nearing harsher restrictions, but it is far from a necessity in LatAm where we see many more opportunities for successful investments in marine aquaculture.

No doubt that once RAS technology has matured, we will see RAS projects begin to sprout in LatAm; proving that the grass is in fact, just different.

The food commodity industry in LatAm has been heavily reliant on labour intensive practices, mainly due to its abundant and cost-effective workforce, compared to other regions like North America, northern and western Europe, and developed Oceania.

There have been three types of aquaculture investments in the region.

Foreign investment
Foreign investment projects are most commonly the ones that have technology as one of their priorities. These sorts of ventures have set LatAm in their sights as a growth strategy, seeking to enhance the working business model’s economic performance through cheaper labour, availability to low-cost land, lower capital requirement for site concessions and permits, and subsidized energy.

Similar to the North Atlantic, Chile’s coastline has offered more than a handful of companies like Mowi, Cermaq, and Cooke Aquaculture, a prime location to replicate their proven Atlantic salmon production model.

Typically, companies reach into Chile through some form of a joint venture, where they buy into existing companies that are holding access to prime locations and have done the heavy lifting as far as identifying, surveying, and acquiring permits for ideal farm sites. The local company offers access to high value sites while the foreign companies, primarily Canadian, Scottish or Norwegian, bring the technology, economic models, management practices, and access to markets.

Regional fishing communities have begun to dabble in aquaculture. For the most part, these local cooperatives are seemingly experimenting with the concept for production security rather than looking to shift focus from fishing to farming; more of a Plan B in case wild populations happen to decline because of disease or adverse conditions like strong El Niños.

The Baja peninsula, situated in México’s north western region dotted coastal communities that operate under a cooperative model, managing the in-shore resources like green abalone, sea cucumber, red rock lobster, red sea urchin, and geoduck. They are exporting upwards of 90 per cent of their production directly into the Chinese and Korean markets.

Cooperatives, like Pescadores Nacionales de Abulón, and La Purísima have made significant investments in infrastructure to farm green abalone. Still, production from these efforts are dwarfed by the consistent and high production of wild abalone, thanks to successful resource management practices.

In parallel to this, land-based protein producers see a more direct link and understand the concept of farming as a source of economic development, rather than just a security net. These tend to be the more successful regional endeavours as they apply the same business model framework from their experience in land-based animal husbandry.

Still, technology is kept to a minimum, usually repurposed from other industrial sectors and adapted to the perceived needs. Much of the heavy lifting is entrusted to the environmental dynamics rather than proactive control measures.

A unique scenario plays out in the southern region of the Sea of Cortez where cooperatives, rather than livestock farmers, like Piripichi are being a bit more proactive and are seeding geoduck that is reared in hatcheries into the natural environment where they have been managing and harvesting wild populations. It is a blend of forestry management systems and free-range farming methods, achieving varying success as predation, disease, and growth are not mitigated or optimized correspondingly.

Academic cooperation
Forward looking countries have peered across the pond and seen how countries like Norway and Canada have prospered through the development of the aquaculture industry. State sponsored programs working in tandem with academic institutions have sought to develop their research and development (R&D) into aquaculture in order to bolster the industry at a national level.

These programs do tend to acknowledge the importance of technology, but often lack the business-oriented approach to management in order to use it to its full potential. As a result, it tends to run higher operational costs because of a scientific-based approach, seeking to develop technology when it would be wiser to transfer it from proven sources. Also, these endeavours tend to focus on new species rather than ones with existing methodologies.

Two of the largest research institutes in LatAm, which call northern Baja California home, have drawn over 70 per cent of México’s federal funding for aquaculture research. The Center for Scientific Research and Higher Education of Ensenada (CICESE) along with the Oceanographic Research Institute (IIO) have lead a myriad of partnered ventures with the private sector – primarily, independent investors experimenting with alternative feeds and dabbling in polyculture to develop technology or search for breakthroughs in growth cycles for novel species like cortez halibut, red rock lobster, and red sea urchin.

The biggest shellfish producer in Mexico, Baja Shellfish Farms, and the world’s largest tuna ranching company, Bluefiná (trademark of Baja Aqua Farms), are two examples of this relationship where CICESE and IIO act as an extension of the R&D department while the businesses offer infrastructure and logistical support which removes a significant barrier for researchers.

On the other end of the spectrum, there have been endeavours which have outlived a rational correspondence. Like in the case of Abulones Cultivados which has been on the backfoot for the majority of the last two decades, the company is working in tandem for the greater part with CICESE and IIO to develop technology, while green abalone farming is a pretty standardized business model in Australia and New Zealand.

RAS has primarily been developed under similar circumstances in developed countries near high density demographics, where environmental concerns from traditional open-pen farming are increasing. While RAS is definitely a forerunner for a future generation of aquaculture, it is currently more of a pre-emptive move against restrictions on growth capacity in countries like Canada, Norway and the United States, where restrictions have been tightening at a faster pace.

Nonetheless, RAS has a promising future and it is a necessary development in the aquaculture industry’s evolution in order to adequately deliver on its promise of sustainable, reliant and high quality food production. LatAm still has an enormous untapped potential in marine farming, with countries like México offering an especially unique blend of environmental and regulatory factors that play in investor’s favour.

Investments should primarily focus on tapping into the region’s underutilized resources as a foundation for their business models.

Ross Gordon is chief executive of Aquaculture Advisory in northern México. He is an Australian native with more than 25 years experience analyzing, interpreting, and projecting financial feasibility of aquaculture projects for investors.