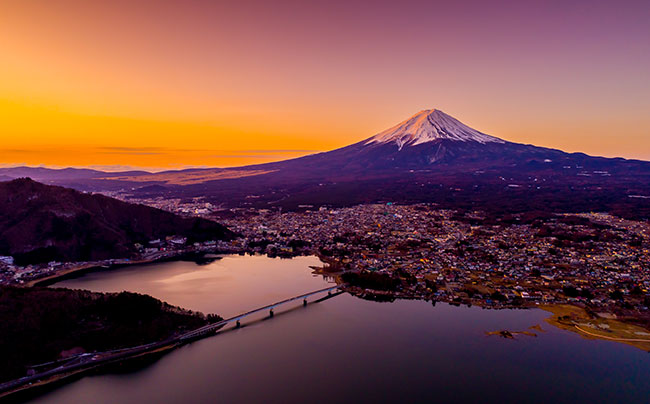 Proximar Seafood will be located in a town at the foot of Mount Fuji. Photo: GETTY STOCK: mantaphoto

The country famously known for exporting around the world its love for sushi and sashimi is rapidly importing recirculating aquaculture system (RAS) expertise to boost its own aquaculture industry.

Several RAS operators have opened up shop and announced plans for multi-tonne harvests within the next two years.

One recent entrant into the Japanese RAS scene is Proximar Seafood AS. The Norwegian land-based aquaculture company is building a facility in a town, at the foot of Japan’s famous Mt. Fuji. Joachim Nielsen, chief executive officer of Proximar, says his company intends to locally produce 5,300 tons a year of fish for the Japanese market.

For Nielsen, Japan is an ideal place for RAS because the country has a stable political and economic framework. The country also has a highly-educated workforce.

“In terms of operating a RAS, we find the Japanese culture among the best in the world,” he says. “A highly hygienic standard, loyal and dutiful are important characteristics for a successful operation in RAS.” 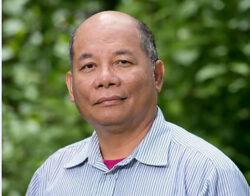 He says Proximar was drawn to the country because of the huge Japanese market. “For us, Japan is an interesting market for many reasons. It is the Number 3 economy in the world, and it has a large population of 126 million people.”

The company has commissioned Israel’s AquaMaof Technologies Ltd., to provide the RAS technology for its facility. Completion is scheduled for 2023.

Construction is “60 per cent completed,” according to the Proximar executive.

In April this year, Proximar signed a 10-year deal with conglomerate Marubeni Corp. that will see one of Japan’s largest sogo sosha (general trading company) exclusively distribute in Japan the salmon grown from the facility.

Mitsubishi is known as a heavy industry company and automaker, but the company has recently set its sights on Japan’s RAS space as well. Rather than importing, the company believes Japan should be producing its own salmon.

“As the global demand for salmon grows, we have been exploring how to expand production by utilizing new technologies… We pulled the trigger and we started to consider land-based production of salmon.”

In July, Mitsubishi announced a partnership with Japanese seafood company, Maruha Nichiro Corporation, to build a RAS facility in the town of Nyuzen, in the coastal city of Toyoma, in Japan’s main island of Honshu.

Mitsubishi expects to begin operations in 2025 and make its first delivery in 2027. The company is aiming for an annual production capacity of 2,500 tons.

Kamome Mirai Suisan meanwhile is targeting Japan’s mackerel market. The company plans to commence construction of a RAS facility for growing mackerel in the town of Namie in the Fukushima Prefecture by Winter of 2022, according to Hiroyuki Usui, chief executive officer.

“We have been working on business development and trying to obtain the necessary subsidies in order to commercialize the project,” says Usui. “Currently, we are in the process of preparing for the construction of a small land-based facility in Okayama Prefecture for demonstration breeding… Kamome Mirai Suisan is preparing to start operations in 2024.” 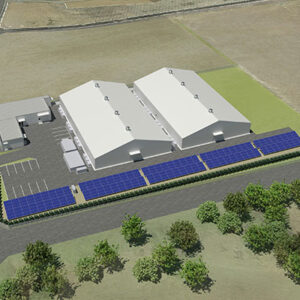 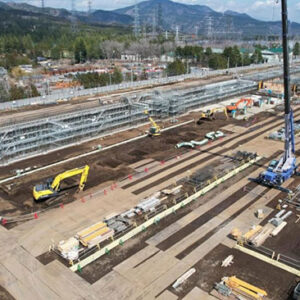 Supply and demand
“The Japanese are an avid consumer of seafood and willing to pay a premium price for high quality, safe and fresh fish products,” says Jesse Ronquillo, lead faculty of the aquaculture program at British Columbia’s North Island College and a former aquaculture research scientist at the University of British Columbia.

“For this reason, many aquaculture companies are rushing to construct RAS facilities in Japan using the latest technologies to supply the strong demand.”

Aside from Atlantic salmon, freshwater and sea trout, silver salmon are now being introduced and reared in RAS facilities in Japan, according to Ronquillo.

The Japanese government has encouraged the creation of a consortium of industry, academia, and government to improve the operation and management of closed recirculating aquaculture systems for various marine fish species such as s flounder, pejerrey, kuruma shrimp, whiteleg shrimp, abalone, and the freshwater eel Anguilla japonica, which is considered to be the most expensive fish in Japan, says Ronquillo.

He says that apart from Proximar, Mitsubishi and Kamome Mirai other aquaculture companies that have waded into the Japanese RAS pool include: Kotoura Grand Salmon, Mitsui-owned FRD Japan, and Pure Salmon (also known as Soul of Japan).

FRD Japan, which is headquartered in Saitama City, scaled up from a small land-based trout hatchery to a larger pilot plant in Kisarazu City in Chiba Prefecture. The company’s target output is 30 metric tonnes of trout per year.

Eco-awareness
There are two other factors driving RAS adoption in Japan, according to the Philippine-born Ronquillo.

The first is the effect of legal restrictions concerning pollution load, in the form of total effluent regulations and the Water Pollution Prevention Act.

“Aquaculturists are held responsible for the damages caused by eutrophication, and solutions are demanded of them, especially for reducing freshwater and saltwater levels of nitrogen and phosphorus,” explains Ronquillo who also earned a Master’s degree and doctorate in aquaculture from Japan.

The second factor is the consumer awareness trend toward safety in aquaculture products. “Consumers now demand safe, responsible, and stable seafood products as efficiently as possible.”

These and the 2011 earthquake which damaged the Fukushima Daiichi Nuclear Power Plant and led to the leak of radioactive substance into the environment, solidified the country’s shifted tide towards land-based fish farming.

“This event led to a further realization that the best way to pursue the implementation of the Good Aquaculture Practice (GAP) method is through closed recirculating aquaculture systems for both freshwater and saltwater cultures,” says Ronquillo.

In a 2013 national consultation meeting on the future of fish farming, the Fisheries Agency of Japan encouraged Japanese fish farmers to actively engage in land-based aquaculture.Environmental-friendly strategies have becme a primary focus among RAS players.

For example, Mitsubishi is relying on natural water resources to cut down energy use, says Mukushi. The facility will use ground water from the Kurobe River and deep seawater from Toyama Bay. The clean water and low stable temperature will enable the facility to use less energy in creating a water environment suitable for land-based production.

“We understand that our biggest advantage will be water resources,” according to Mukushi. “By utilizing the superior water resources in Nyuzen, we will be able to keep the water environment suitable for production.”

Future outlook
The future is bright and the “market is stable,” says Nielsen but the local RAS industry is still in its infancy.

“Most RAS projects in Japan are still small-scale, from three to 30 tons, as far as we are aware,” he says. “We do not see that many large-scale initiatives, and we are still years ahead of competitors in terms of large-scale Atlantic salmon.”

“The scale of RAS business in Japan is relatively smaller than foreign RAS cases, with the exception of foreign companies such as Proximar Foods and Soul of Japan,” he says.

He also believes it will take longer to commercialize a RAS business in Japan “because of the environmental measures and need for coordination with fishermen’s cooperatives, and coordination with local governments.”

Other hurdles he mentioned include the limited number of fish fry species and lack of RAS professionals and expertise in Japan.

“We also believe there will be some time before we see any significant production capacity as building and operating a RAS facility is complex and requires experienced personnel from the industry,” says Nielsen.  Since most of the RAS projects in the country are still at their demonstration phase, “naturally, some will fail, and some will succeed,” he says.

“However, there are initiatives with large0scale and the fact of large-scale operators being present in Japan will stimulate interest in RAS in general,” Nielsen adds.

“It is difficult for us to determine if the current growth is problematic,” says Usui. “On the other hand, as the market grows, more and more companies will enter the market. This will increase the technology of inshore aquaculture, create a value chain that does no exists and increase the value of the RAS technology.”

Correction: The original article mentioned that Pure Salmon’s Soul of Japan facility is also using RAS technology from AquaMaof Technologies. Early in 2022, Pure Salmon RAS projects began the process of a “friendly separation process” from AquaBounty. A new technology supplier has yet to be confirmed for Soul of Japan. RAStech Magazine regrets its error.