After years of relying on flow-through hatcheries and freshwater lochs, Atlantic salmon producer Scottish Sea Farms made a decisive move in 2017 to build a freshwater hatchery equipped with recirculating aquaculture system (RAS) technology.

The $72.3-million (£55-million) facility marks the single biggest investment for Scottish Sea Farms, co-owned by SalMar and the Lerøy Seafood Group ASA of Norway. It moved the producer beyond the familiarity of traditional hatcheries, which have proven inadequate to supply the growing needs of its 42 marine farms.

“Even combined, these three hatcheries and four freshwater lochs didn’t have enough production to supply our farms. We even had to buy a lot of smolts from third-party suppliers,” says Noelia Rodriguez, operations manager of the Barcaldine RAS Hatchery, named after the Scottish village where the facility is located.

Dependence on a geographically dispersed network of hatcheries and outside suppliers has led to unpredictability in the quality and size of the smolts and timing of deliveries.

“We knew from the experiences of our parent companies, both of whom have RAS hatcheries, that RAS offered much greater control over the key growth factors: water quality, temperature, oxygen levels and light. In turn, it offered clear benefits in terms of producing bigger, more robust smolts that required less time at sea,” says Rodriguez.

But she knew they would have a mountain to climb before getting the first smolts from the new hatchery into the grow-out farms. A dire warning by an executive of a rival business did not help: “Be prepared to lose your first and possibly second crop.”

After vetting nearly 40 sites around Scotland, the company chose the village of Barcaldine near Oban on the west coast of Scottish mainland as the ideal site. Construction of the 17,500-sq.m. hatchery began in 2017 but the first Atlantic salmon eggs were brought in, mid-construction, in November 2018.

“It was challenging,” admits Rodriguez, reflecting on those early days. “On the one hand, the technology gave us more control, and on the other, we were learning the rest of this technology as we went along and rearing our first fish, while much of the facility was still under construction.”

The Barcaldine hatchery announced in December 2019 that it has delivered smolts – from that first batch of eggs – to one of Scottish Sea Farms’ Shetland farms. The hatchery’s performance surpassed expectations: the smolts’ average weight of 146g was three times that achieved using traditional hatchery methods.

Fish handling has been significantly reduced at the hatchery, as well, enhancing fish welfare.

The controlled RAS environment enabled the hatchery to avoid incidence of Saprolegnia, a fungus that commonly strikes at freshwater stage. In addition, the facility’s strategic location relative to the marine farms, allowed the transfer of the young salmon directly from the hatchery to a wellboat, instead of transporting them first by road or by air.

The absence of fungus infection combined with proximity of the hatchery to the grow-out farms effectively reduced the need for fish handling, Rodriguez explains.

Sustainability is at the hatchery’s core. It recirculates 99 percent of the water it draws from the nearby Gleann Dubh reservoir, saving over 20 times the freshwater consumption in a conventional hatchery producing the same crop of salmon. And thanks to the use more energy-efficient heat pumps and heat exchangers, the facility uses significantly less energy in heating or cooling the water.

“It’s the system, the people, and our determination to make it work,” says Rodriguez, looking back at the past two years.

Scottish Sea Farms is now 100 percent self-sufficient in smolt supply. The Barcaldine hatchery provides 90 percent of the needs of the marine farms, while one of the three original flow-though hatcheries provides the 10 percent – the other two have been sold. Third-party is no longer required. 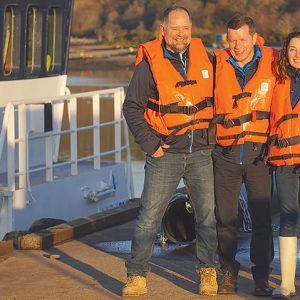 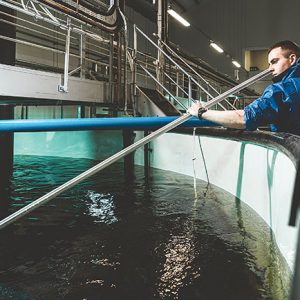 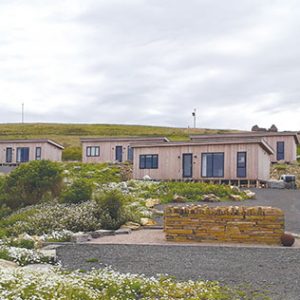 Smolt quality
Feedback from colleagues in the company’s various marine farms tells Rodriguez that she and her 19-strong hatchery team are on the right track.

“For us, the purpose of getting the fish into the hatchery is to eventually get them out. So once we get to the point of sending them out to sea, we have accomplished our goal. What have made everyone of us here proud are the positive comments from the marine sites.

“They said the smolts are behaving like loch fish: healthy, robust, quick to eat and not at all spooked by their new surroundings. It’s the biggest compliment they could pay us,” she says.

The first batch of smolts nearly doubled their weight in six months, attesting to their robustness compared to their counterparts from the “old days.”

“That was a big difference for us,” says Rodriguez, adding that the maiden batch will be harvested by the end of the year when they would be weighing approximately five-and-a-half kilos each. Since its first delivery in December 2019, the hatchery has delivered three batches of roughly 2.6 million smolts each – totaling nearly eight million young salmon – to the grow-out farms as of September 2020.

Having started at Scottish Sea Farms in 2012 as a fish health biologist in the marine sites, Rodriguez couldn’t overstate the crucial role of smolt quality.

“I could see how critical the right start was to fish survival and the overall success of a crop. Smolt quality is perhaps 80 percent of your success at sea. Obviously in recent years there have been a lot of environmental challenges, which one doesn’t have control over, but certainly quality smolts going at the right time will grow well. It’s half the battle won.”

As head of operations, Rodriguez sees the opportunity to make a real difference by fostering greater collaboration between the freshwater and marine groups. She said improving communication is key to doing this.

“Historically, in probably most companies, the marine and freshwater are two separate departments. It’s always ‘us’ and ‘them.’ So when I became health manager I made sure that everyone in both departments understood what was going on. I think that it is critical that freshwater colleagues inform marine site colleagues, for instance, why this smolt may not be the best and why. It’s also important to let them know in advance so they know what to expect and will know what they’d need to do,” she says, adding, “To be able to be part of the solution is amazing.” 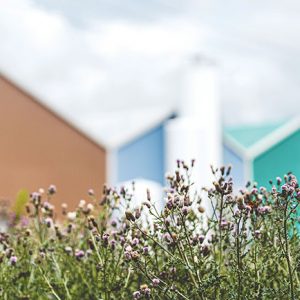 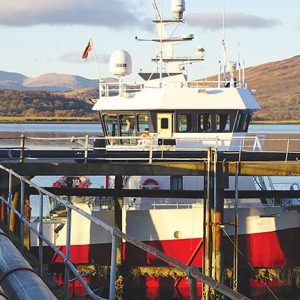 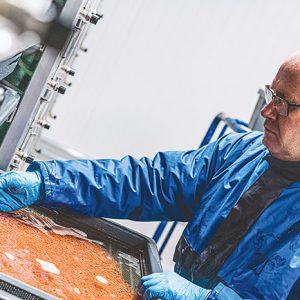 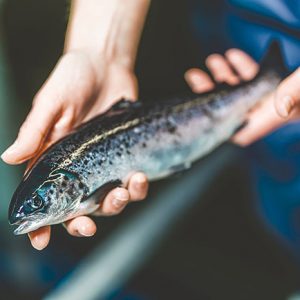 Moving forward
With the hatchery up and running, Rodriguez says they are now focused on optimizing operations.

Meanwhile, like everyone else, the team is waiting for the COVID-19 pandemic to subside. The onset of the pandemic has derailed the official opening of the Barcaldine hatchery, which was originally scheduled for Spring 2020. For Rodriguez, the official opening isn’t merely symbolic, but rather an opportunity to celebrate with the local community and thank them for their support.

“We consulted with the neighbors when we were about to build the hatchery and they were supportive. They welcomed us. It is good to celebrate with them what we have achieved.

“The site before we came in was not a very pretty site. Now, when you’re driving around you see the hatchery – a beautiful building, with colors that mimic a seaside town. Visually, it is a lot prettier. We have also created a path for the community so they could walk to the beach because that’s what they wanted,” she says.

“So it’s very important to celebrate for not only ourselves but for everyone around, our owners as well and management of the whole company. This really has been transformational,” she concludes.