A strategic partnership between Scotland and Italy will jumpstart the production of a key species in Scotland. 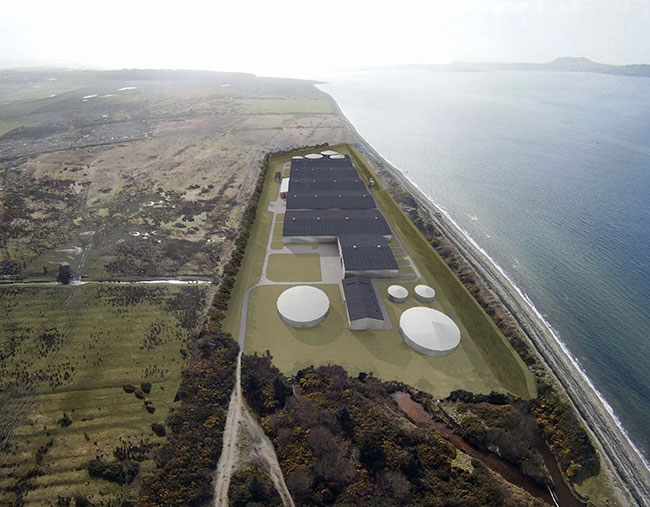 Atlantic salmon is Scotland’s most iconic fish. Over the years, farming of the species has greatly expanded. But with concerns over the environmental consequences of open net pens, an increasing number of land-based, recirculating aquaculture systems (RAS) are now emerging.

Taking advantage of this opportunity is FishFrom Ltd. in Dunkeld, Perthshire in central Scotland. With more than 120 years experience, the company has been researching and designing RAS systems since 2012 with a view to supplying premium quality farmed salmon with technology that minimizes environmental impact and maximizes animal welfare. Now it’s due to commercialize a new RAS technology through a strategic partnership with the Universities of Trento and Bologna and The Innovation Hub of Trentino (HIT) in Italy. 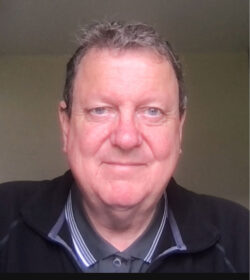 FishFrom Ltd. director and co-founder, Andrew Robertson, explains that a visit to the Freshwater Institute in West Virginia led to plans to establish a commercially viable opportunity to farm Atlantic salmon using RAS. Robertson and his team connected with the Universities of Trento and Bologna through a collaboration with EIT food, a community that is part of the European Institute for Innovation and Technology (EIT). EIT is an independent EU body that promotes innovation and entrepreneurship across Europe.

With work underway to gain investment for a prototype farm, plans are in place to grow Atlantic salmon from 150 grams to five kilograms. FishFrom Ltd. will be taking a systematic approach in two phases, the first of which is to install the RAS equipment into the farm. The first laboratory prototype unit will then be developed by the University of Trento, followed by a larger unit at 600m3, which will take the team to phase two. This phase involves constructing a 3,600-tonne RAS facility and creating and installing the commercial scale of the prototype filtration unit at 30,000 square metres.

“Phase One is ostensibly a 50-tonne model producing two generations of fish; each of 25 tonnes,” said Robertson. “This will enable us to show our customers that the fish looks and tastes good. We want to prove to potential investors that our work is commercially viable, and we believe that we have a very strong case to take the proprietary technology to the wider aquaculture market.”

Production plant
The fish will live in a fully controlled environment with highly oxygenated water kept at a constant temperature of 12 C and reared up to a maximum stocking density of 75 kilograms per cubic metre. The fish will be fed a formulated diet made from sustainable sources such as fish offcuts and specifically designed for RAS production. Some of the huge benefits for RAS farming includes capturing all waste products and converting them for re-use; there are no impacts from the weather, nor parasites including sea lice, pathogens or predators. The fish can also be farmed close to market, reducing food miles and packaging.

The new technology will also make it possible to avoid separate harvest tanks that require an integrated flow-through system. Instead, the fish will be harvested straight out of the grow-out tanks and humanely slaughtered in accordance with globally recognized welfare standards.

“Trento University has developed the proprietary technology and now needs to take it to the next commercial scale that would fit into a recirculation system for our phase one,” says Russell Ferguson, business manager at FishFrom Ltd. “The University of Bologna will carry out trials using sea bass and sea bream at water temperatures of around 26 or 27 C. This will demonstrate that the technology can work at different water temperatures and with different species.”

Addressing off-flavour
One of the unique aspects of Trento University’s proprietary technology is the ability to remove the muddy taste that can sometimes occur in fish that have been reared on RAS farms. This taste occurs when bacteria such as streptomyces, myxobacteria and actinomycetes build up in the water, producing molecules called geosmin (GSM) and 2-methylisobomeol (MIB). These are then absorbed into the gills and tissues of the fish, accumulating in their flesh. Removing these compounds from fish requires around 12 days of depuration where the fish are removed from their grow-out tanks, put into a flow-through system and purged before they are harvested. Fitted as part of FishFrom Ltd.’s RAS, this will eradicate GSM and MIB, eliminating the need for depuration.

“The impact of depuration is quite significant during the final days prior to harvest,” says Robertson. “The fish are likely to be double-handled and will be off feed for quite a while. This leads to significant weight loss and also more stress, which needs to be taken into consideration when it comes to flesh quality and texture. Harvesting the fish straight from their last grow-out tank and skipping depuration means that we can avoid the issues of high cost in terms of equipment and energy requirements and negative impacts on fish welfare. Eliminating that muddy taste will make our system stand out, once we prove that it’s commercially viable at scale.”

“The bacteria molecules that give fish that muddy taste are difficult to eliminate with normal cleaning procedures,” said Parrino. “Our noses can detect even very small amounts, so it becomes impossible to sell fish that have this taste. However, our technology can solve the problem at a molecular level.” 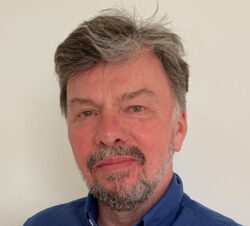 Over the years, much has been written about the increase in the number of land-based aquaculture facilities due to the rising demand for seafood in line with population growth. Public awareness of the advantages of RAS has been increasing. There is an understanding of the reduced risk of disease, the elimination of vaccines and other treatments, the ability to build facilities closer to market resulting in a shorter time from water to plate, with reduced transportation costs. Advanced filtering capabilities reduce water pollution from feed and faeces, while RAS enables continuous harvest year-round. There is also no need to farm fish against the challenges of doing so at sea, says Robertson.

“Unlike at sea, where temperatures can vary as much as 16 degrees from summer to winter with varying levels of oxygen as a consequence; the temperature and other water parameters are fully controlled in RAS,” said Robertson. “Issues such as sea lice and amoebic gill disease are well documented, with efforts being made to trait-select resistance to them but a lot of work is still required. This isn’t an issue in RAS. Our next step is to prove that our systems can demonstrate the advantages of RAS, but we fervently believe that we will have an operation that can not only provide good looking, tasty fish, but also produce them at a low cost.”

With the new technology under development, FishFrom Ltd. has also had discussions with other RAS operations that have either devised their own technologies or purchased existing ones. Sharing information on farming and beyond farming itself, such as oxygen generation methods or the handling, treating and reprocessing of waste, as well as avoiding fishmeal and fish oil, has enabled FishFrom Ltd. to formulate its thinking and further refine its technology, says Ferguson. Work is also underway at the final stage of the process, when the product is ready for sale. The awareness of consumers in making responsible choices for the environment and their own health, and how they perceive fish quality, will be studied further, along with the new technology’s impact on flesh colour and texture, says Parrino.

Understanding how much people would pay to be sustainable is extremely important,” he said. “This, along with trials and tests, will form a key part of our work. Also, if you want to make RAS sustainable, it must become industrially appealing. It cannot remain a scientific curiosity. It must be able to demonstrate economic advantages. Then we need to consider how the environment is being affected. Rearing salmon at sea brings challenges, so using RAS facilities can help aquaculture to protect inland and marine ecosystems from more intensive, offshore farming with a high environmental impact.”