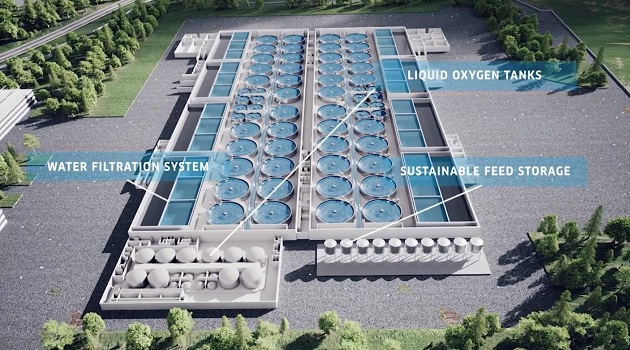 Pure Salmon will be using modular RAS systems for all its land-based facilities. (Photo: Pure Salmon)

Pure Salmon is calling its latest recirculating aquaculture system (RAS) venture “Project Jonah.” If the name brings to mind a certain mammoth sea creature you probably are not off the mark – the aquaculture company is investing $228 million into the project which is expected to produce 20,000 tons of salmon annually.

Project Jonah is part of a global expansion earlier announced by Pure Salmon. In March this year, the company reported that it had raised $358.8 million to fund various RAS projects in Poland, Japan, France and the United States.

The planned facility will be built in Southwest Virginia. It is considered as the largest capital investment in the area, according to a report from the local broadcast news agency, News WCYB 5.

The report said that the plant will be located at the border of Tazewell and Russell County.

Pure Salmon expects to hire about 200 people to run the facility.

The project is expected to be completed in 2023.