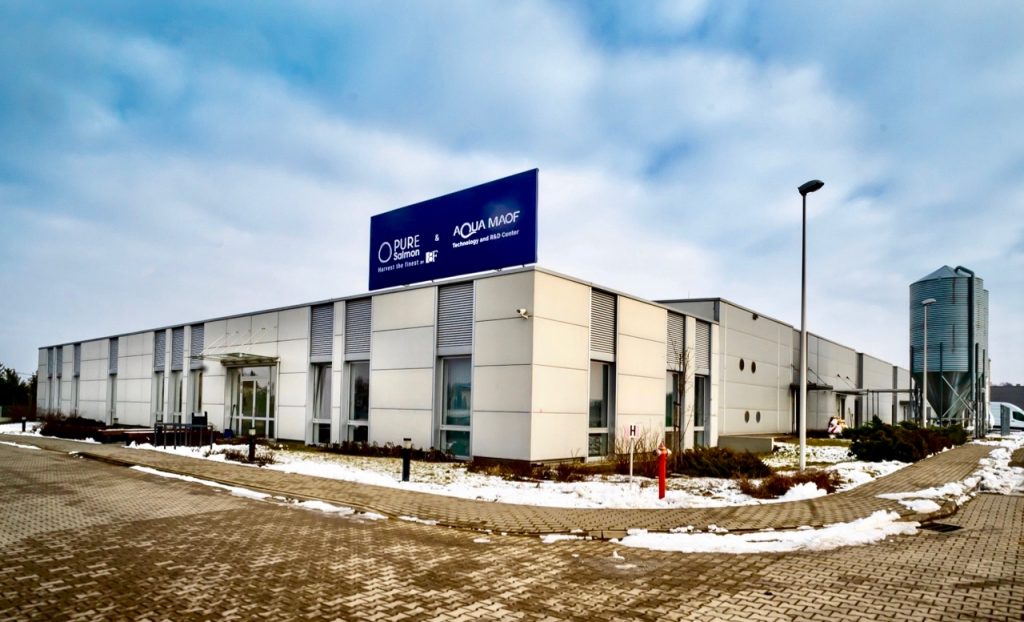 Martin Fothergill has an impressive resume as wealth manager. His background includes 18 years at Deutsche Bank, where he was most recently a managing director. In 2016, he co-founded 8F Asset Management, a global investment group that develops land-based fish farms using recirculating aquaculture system (RAS) technology.

Fothergill and partners at 8F Asset Management have set an ambitious goal: to change the future of salmon farming by harnessing the potential of RAS.

8F is an impact investor. Impact investing, or socially-responsible investing, started to gain a profile in the capital market lexicon over the past 10 years. Fothergill can claim comfortably that land-based aquaculture checks a lot of the boxes that impact investment requires; many see it as a socially and environmentally responsible way of growing fish protein. But he knows, too, that at the end of the day, it has to deliver a fair return on capital – something that operators in this young sector have yet to see.

“8F is extremely focused on risk management in addition to financial returns and creating positive impact,” London-based Fothergill tells RASTech. “To have a market impact, and ultimately trigger a major change in the overall salmon farming industry, it is critical that first-movers like Pure Salmon are successful.”

All eyes are on Pure Salmon and other large-scale RAS operations being built around the world. Investors are waiting for signals showing the operators are commercially successful. But while RAS technology is maturing, much learning needs to happen in the operation of RAS systems. There are still cohorts of fish that suffer catastrophic outcomes when toxicities develop in the systems. Recent fish mortalities in some facilities (not Pure Salmon) have been linked either to hydrogen sulphide or nitrogen.

The Pure Salmon-AquaMaof alliance is unique in the industry and is a key part of Pure Salmon’s strategy. “Each party brings different important capabilities to the partnership. 8F/Pure Salmon brings extensive experience in finance, risk management and salmon farming, while AquaMaof brings its knowhow in RAS technology and fish biology,” says Fothergill.

Similar support is available to AquaMaof’s technology clients. Shai Silbermann, vice-president of marketing and sales at AquaMaof, says the company has built a comprehensive plan to support users of its technology in several ways.

“First, we offer to train their staff at our Global Training Center (see side bar) in Poland. This is, to the best of our knowledge, the only existing training center specializing in market-size salmon production. Secondly, all our contracts include one year of multidisciplinary support. That is extremely unique in the industry, since the support includes not only water specialists, but also biologists, feed experts, and technologists that are of service to our customers for a truly comprehensive production support. Thirdly, continuous service and management contracts are also available, where AquaMaof RAS operations specialists are managing the day-to-day operations and production of our customers’ RAS facilities,” Silbermann says.

Such alliance between a farmer and technology provider may hold the key to de-risking the sector, suggests Roy Høiås, founder and CEO of global advisory firm Lighthouse Finance. The Oslo-headquartered firm provides financing solutions to the seafood industry and is currently involved with around 10 RAS-related entities.

“The supplier of RAS technology is becoming a part of the value chain with their clients. That’s a very promising development because we have seen that some tech suppliers that are operating their own R&D facilities have the knowledge of, for example, salmon farming in their own environment, with their own equipment,” says Høiås (For the full interview, see Aquaculture North America’s July/August issue).

Small is beautiful
Pure Salmon’s roadmap entails building facilities with capacity ranging from 10,000 to 20,000 tons in major consumer centers worldwide. In the current RAS building boom, a 20,000-ton facility is relatively small. But Fothergill says this model “avoids the risk of a large wipe-out due either to a production loss or natural disaster, however unlikely that may be.”

“It also means that the overall business is not concentrated in any one particular consumer market and hence does not become dependent on, or too large a proportion of, that market. We believe that downside risk projection far outweighs any potential complication of locating sites across multiple jurisdictions,” he adds.

Silbermann says the scalability of AquaMaof technology offers clients the ability to expand their facilities if they so wish. “The AquaMaof technology is designed as separated groups of independent modules. Once you decide to scale up the facility it is a matter of adding more modules to the layout with some modifications to the technology design,” he says.

Whether in Japan, France or the U.S. – which comprise the first batch of Pure Salmon’s land-based salmon farming projects in addition to Poland – each facility will essentially have the same “template” to allow a more efficient and cost-effective roll-out of Pure Salmon globally.

Each new facility will not just grow salmon, but will also include full processing capabilities to produce a wide range of end-products tailored to the needs of the local market.

Vote of confidence
Since 2018, Pure Salmon Poland has been delivering harvest-size salmon to market. This makes it the most advanced among 8F’s RAS salmon projects. In March 2020, 8F fund-raised $358.8 million to finance phase one of its projects in Japan, France and the U.S. Poland will be the only project with a 50-percent investment from AquaMaof. AquaMaof will, however, invest five percent of the equity in the other Pure Salmon projects.

“For AquaMaof this investment serves two purposes: first, it is a testament to the complete confidence that we have in our technology. Secondly, we have solid projections that the Pure Salmon facilities will have superb financial results and would like to take part in this success,” says Silbermann.

Pure Salmon is not alone in having to raise funds to finance its growth. But skeptics of RAS technology’s ability to replicate the ideal rearing environment indoors have questioned the wisdom of using other people’s money on a sector that has yet to prove itself en masse. 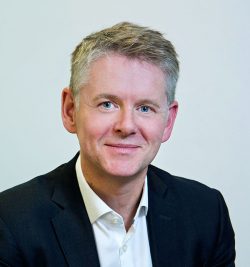 To trigger a major change in the overall salmon farming industry, it is critical that first-movers like Pure Salmon are successful, says Martin Fothergill, co-founder and partner at 8F Asset Management, which owns Pure Salmon.

Fothergill points out, however, that Pure Salmon is not listed on any stock market. Its investors, he says, are those who believe in land-based farming’s potential and understand the risks. The investor base that helped raise the latest round of funds includes family and institutional investors, including several sovereign wealth funds, insurance companies, and pension funds from Europe, Asia, the Middle East and the United States, says Pure Salmon in a statement.

“8F/Pure Salmon is a private investment. It is an institutional risk-managed investment with a sophisticated institutional investor base that understands the salmon market’s dynamics, technical aspects of land-based farming and the Pure Salmon business plan,” says Fothergill.

Stephane Farouze, board director of Pure Salmon and chairman and co-founder of 8F, says the success of the fund raising “shows the level of confidence in the potential of the land-based aquaculture industry and in the ability of Pure Salmon and 8F to successfully deliver their vision.”

Local for local
At this stage in Pure Salmon’s evolution, the company is putting resources into areas such as design and construction of the new facilities, securing distribution and off-take agreements globally, and production R&D in Poland. Pure Salmon has already signed distribution and off-take agreements, among them with Itochu, for the 10,000-ton Japanese facility, says Fothergill.

The facilities in the first batch are expected to have their first harvests in 2022/2023. Other projects in the pipeline will be in China, Lesotho (Africa), South East Asia and the Middle East.

The next five years
“Pure Salmon’s goal is to become the market leader in sustainably grown, land-based salmon across a network of 16 new vertically integrated production and processing facilities worldwide,” says Fothergill.

He highlights the significance of the next five years in the RAS space: “They will be critical for the industry as successful first-movers, such as Pure Salmon, demonstrate what is possible to achieve in RAS, which will contribute to an increasing number of entrants into the market, making RAS the sustainable farming method of choice for the future.”

Silbermann says interest in RAS is certainly growing, particularly in light of the current COVID-19 pandemic. “We have always been very confident about RAS’ role as a gap filler between supply and demand, and as a RAS technology provider we have been experiencing high interest from both industry and non-industry investors.

“The recent COVID-19 situation has caused an increase in that interest, as disruptions in fish supply is highlighting the drawback in relying on importation of fish and seafood. We also see growing consumer awareness for food safety and traceability. We believe that in the next five years we will see many facilities kickoff in countries that now import all or most of their consumed salmon,” he says.

Taking a page from the Apple playbook
Harvard instructor and communications coach Carmine Gallo hit the nail on the head when he wrote in Forbes that Apple’s magic formula is not its products, but its people – “How they are hired, trained and taught to engage the brand’s customers.”

In more ways than one, AquaMaof Technologies, an Israel-based provider of RAS technology, is following the Apple Store model whether unwittingly or not. It becomes the technology partner of users of its systems and becomes their trusted advisors.

A financier involved in early land-based RAS facilities built in Scandinavia more than 10 years ago believes this model – where tech providers become a part of the value chain with their clients – may hold the key to de-risking RAS.

AquaMaof’s version of Apple’s Genius Bar tech support is at Pure Salmon Poland. The Global Training Center, as the R&D site is called, is where the company proved its technology to farm salmon. It’s also where staff of Pure Salmon and AquaMaof’s technology clients are trained in its RAS systems.

“As far as we know there are no other similar centers in the world. For our customers, it makes all the difference because it means they can rely on our training support for their staff. Furthermore, we use this facility as an R&D center where we get to try out all new technology advancements, so we are able to offer periodical training updates on the latest developments in AquaMaof RAS technology,” says Shai Silbermann, VP of marketing and sales at AquaMaof.

A typical 20,000-ton-per-year Pure Salmon facility will employ about 220 people across multiple disciplines from production and processing to sales and finance. The company has been able to attract experienced staff to the company but like any operation, many had to be trained in-house.

The training program is split into two components: theory and practical training on-site at Pure Salmon Poland. As other Pure Salmon facilities become operational, training may be located at those other facilities as well, says Pure Salmon’s Martin Fothergill. For now, recruitment will be done in their respective locations, and staff relevant to operating the systems will be sent to Poland for training.

“Staff training is critical,” he says. “There is no doubt that this forward-thinking is a key point in the development of Pure Salmon globally over the coming years.”