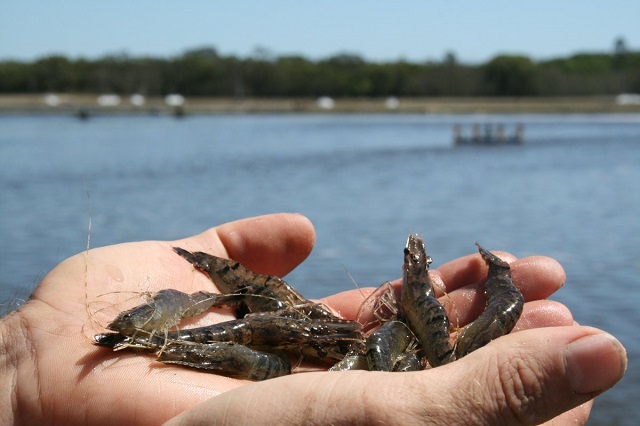 The Northern Australian aquaculture industry is in a position to experience a five-fold increase in production from the current volume of fish, prawns and other seafood it produces, according to a recent report from an industry-led research and development organization.

The Cooperative Research Centre for Developing Northern Australia (CRCNA) said the industry is on track to exceed $1.34 billion in value within the next decade.

The CRCNA’s Northern Australian aquaculture situational analysis report also found the growth of the industry would create 2,340 direct new jobs, at a range of skill levels – if the industry worked together to overcome identified challenges and capitalize on the opportunities outlined in the study.

The CRCNA focuses on attracting quality investments and improving competitiveness, productivity and sustainability in the northern region of Australia. The organization is investing $75 million of Commonwealth funds over ten years to support industry-led research collaborations.  The funding will develop new technologies, products and services which address industry issues in Northern Australia within three initial focus areas:

Jed Matz, chief executive officer of CRCNA, said the research, led by James Cook University (JCU), lays out a vision for the future of the whole Northern Australian aquaculture industry.

“The project team has engaged with more than 400 industry players from across the aquaculture sector, including those from Indigenous communities,” he said. “The outcome of this engagement is the delivery of a set of strategic and well-supported recommendations not only focussed on addressing impediments but also providing solutions to these challenges.”

“The opportunity for the development of Northern Australia’s aquaculture industry is vast, with between 500,000 to 700,000 hectares suitable for marine farming in earthen and lined ponds and 50 times that available for freshwater operations,” according to JCU Professor Dean Jerry . “Our best-case scenario outlined in this report is based on better utilization of the available areas for expansion and growth of on-shore and off-shore facilities.”

In addition to more significant biosecurity support and more infrastructure investment, the report highlighted the role what it called “traditional owners” had to play in the industry’s future.

Eddie Fry, chairperson of the Indigenous Land and Sea Corporation said cross-sector collaboration and investment is vital to increase indigenous participation in the aquaculture sector, especially as indigenous Australians are responsible for managing 45 per cent of land and sea country in Northern Australia.

“Aquaculture has been practiced for thousands of years by Indigenous Australians and understanding how communities value fishing resources and fishing access is a key component to achieving greater participation of Indigenous people in commercial fishing,” Fry said. “By translating traditional rights and interests into tangible economic and social benefits for communities, Indigenous Australians can achieve far higher levels of economic participation and wealth creation through employment, investment and enterprise development.”