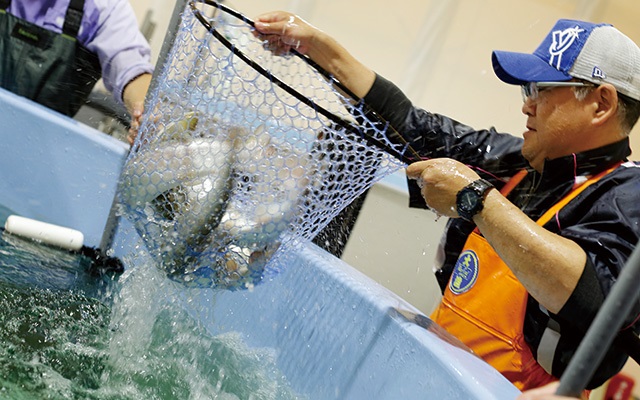 The aim of the project is to create a local-production-for-local-consumption business model in Japan’s salmon industry.

A recent agreement between the two corporations resulted in the creation of a joint venture company named ATLAND Corporation. The new company aims to establish a presence in Nyuzen town of Toyama prefecture by  October 2022.

The planned land-based aquaculture facility will have a capacity of 2,500 tons (live weight equivalent). Operations in the facility is expected to begin in 2025 and the facility’s first delivery will be in 2027.

Mitsubishi and Maruha Nichiro have been discussing the joint promotion of this project since March 2021. This project is expected to help develop a sustainable and stable land-based production system, efficient digital-tech-based operations, local production for local consumption, and progress in decarbonization.

According to ATLAND,  its business model is expected to produce fewer greenhouse gas emissions compared to the practice of importing fresh salmon to Japan by air from salmon-farming countries.

The planned facility will use ground water originating from the Kurobe River and deep seawater from the Toyama bay. Deep seawater is characterized by its cleanliness and low, stable temperature, which makes it possible to operate the facility by reducing the amount of energy required to create a water environment suitable for land-based production, the company said.
Print this page