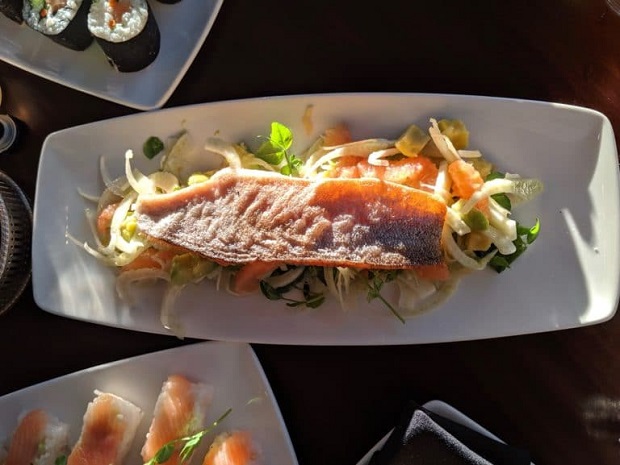 Land-based salmon producer LocalCoho expects the production at its pilot farm in Auburn, New York to ramp up with fresh infusion of funding from two prominent seafood entrepreneurs.

A press release from LocalCoho did not mention how much funding the company was receiving but said it was a “multimillion-dollar strategic investment.”

The aquaculture startup that specializes in premium coho salmon is getting funding from Rodger May and Per Heggelund.

May is the owner of Peter Pan Seafood, a leading U.S. processor, wholesaler, and marketer of wild-caught salmon. He is a serial entrepreneur in the seafood industry. His company makes approximately $400 million in annual revenues.

Heggelund is a former owner and operator of a freshwater land-based Coho salmon farm in Washington state. He pioneered the coho hatchery and breeding company AquaSeed that became the primary egg supplier in the U.S., Chile and Japan. AquaSeed also focused on conservation and restoration programs for threatened Columbia River chinook salmon.

“This funding from visionaries in seafood will help us refine our expansion plans and sales and marketing strategy,” said Michael Fabbro, president of LocalCoho. “These two investors are unmatched in experience and knowledge about how to sustainably farm quality salmon and market it to increasingly discerning and eco-conscious American consumers.”

“Land-based aquaculture will play a major role in the future of American seafood,” said May.