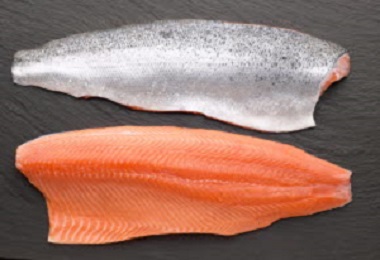 Investment in emerging technology such as recirculating aquaculture systems, partnering with various stakeholders and using environmentally sustainable practices are among the strategies used by Norwegian seafood company Leroy Seafoods Group to improve productivity.

At the recent London Investment Forum hosted by IntraFish, Anne Hilde Midttveit, who is responsible for quality, environment, and CSR at Leroy, gave a talk on how her company operates with a socio-economic and environmental perspective.

Some of the methods used by Leroy involved in changing customers behaviour. For instance, the Leroy opened up discussions with buyers to convince them to cut orders of head-on and whole fish. By shifting to fillets, the company is able to reduce its carbon footprint.

“If we could produce 70 percent of fish as fillets in that factory, we would reduce our CO2 emissions by 12,500 metric tons a year,” Midttveit said in an interview with IntraFish.

Through the Ocean Forest project, the company has adopted a practice of using nutrient salts and CO2 from salmon farming operations to produce blue mussels and algae. The algae and mussels are then used for feed production.

Leroy is also involved in an initiative that recycles fishing and aquaculture nets into clothes. Apart from this the company also cut waste and plastic use by 50 per cent.

The company also does not use any genetically modified organism, salmon oil, palm oil, ethoxyquin or bone or blood meal from land animals.

In addition, it has taken a bold stance in the use of controversial raw materials, for example, it doesn’t use any GMO ingredients, salmon oil, palm oil, ethoxyquin or bone or blood meal from land animals.

It also plans to reduce waste and plastic use by 50 percent.