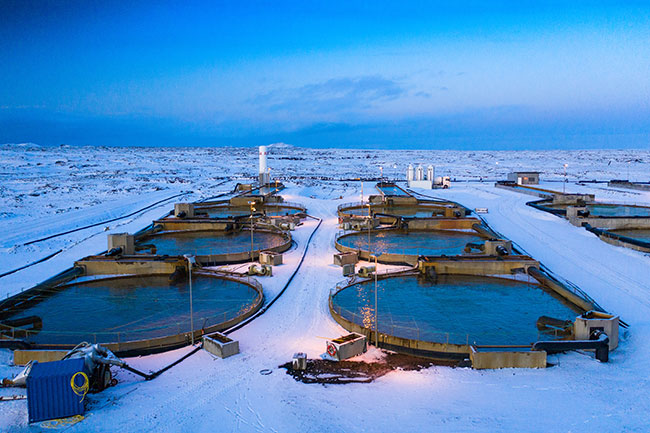 The Land of Fire and Ice, as Iceland is referred to, is home to Matorka, a 3,000-tonne Arctic char and steelhead land-based farm in the picturesque fishing town of Grindavik. The fish farm uses the country’s rich combination of volcanic geology and arctic climate to its advantage, helping enhance its energy efficiency and environmental performance.

“What we have here in Iceland which makes us a bit unique is that we have a lot of very clean and pure groundwater that’s filtered by lava rocks. We also have a lot of precipitation both in winter and summer, giving us very large reserves of clean groundwater, which is a great asset when you’re farming fish,” Matorka CEO Árni Páll Einarsson tells RAStech.

The choice of Grindavik as site puts it strategically close to a geothermal resource and access to the transportation infrastructure and local talent pool serving the town’s fishing industry. But the foremost benefit is the access to bountiful, pristine water.

“The surrounding area is geothermally active, hence our ambient water temperature is about 9C – very warm for Iceland – all year round. This warm water gives us a very good growth rate for our fish,” Einarsson says.

Partial to PRAS
The choice of partial reuse aquaculture system (PRAS) as mode of production was also deliberate. Chief operating officer and systems designer Sveinbjörn Oddsson says PRAS is absolutely not for everyone, but for Matorka, it was ideal.

“Either you are in a situation where you could draw water with the right temperature, for example from the sea – which is possible – then you could do it. Or, if you have a source of cheap warm water, for instance from smelters,” says Oddsson.

“We’re lucky where we are, we are using the natural resources,” he continues. “There’s abundant freshwater and seawater that’s lukewarm, which is perfect for salmonids. It comes from the boreholes from the ground in the ideal temperature so we don’t have to heat it or cool it or do anything with it.” This represents massive energy savings.

The significant energy required by land-based fish farms using recirculating aquaculture systems (RAS) is seen as a limitation of this mode of production. But by using PRAS, Matorka reduces its energy use further because water is pumped into the raceway only once, then water flows through the entire system just by the pull of gravity.

Energy use was Oddsson’s main consideration in the system design. “My goal was to create a system where you use as little energy as possible to run it. I’m always calculating the kilowatt per kilo produced. That’s always the main target: what can we do to decrease the amount of kilowatts used.”

In his latest calculation, Oddsson says the farm consumes 2.6 kW per kilogram of fish. Its electricity supply costs US$0.07 to US$0.08 per kWh.

To put this into context, Atlantic Sapphire’s Miami Bluehouse uses 8 kW per  kilogram of salmon produced. “The environmental advantages of this way of farming have a much bigger impact than the consumption of energy, but we will also move towards using more and more renewable energy,” a spokesperson for Atlantic Sapphire tells RAStech. 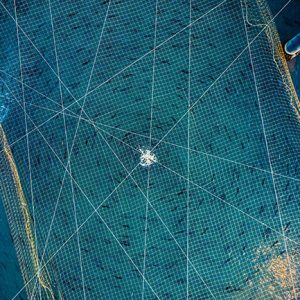 Energy use was the main consideration of COO Sveinbjörn Oddsson when he designed Matorka’s aquaculture system. Photo: Matorka 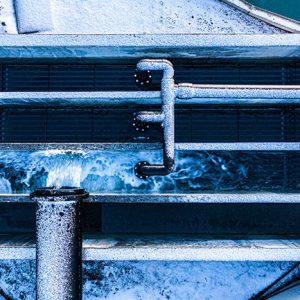 The farm uses 300 litres of water per module. Photo: Matorka

Reducing risk
Oddsson, a trained fish biologist and environmental science specialist, got his feet wet in aquaculture as a teen in the early 1970s. Born in Iceland, he developed his industry expertise in both land-based and ocean-based aquaculture operations locally and in Norway, Chile, Australia and Indonesia. His experience and industry observations made him shun the use of biofilters – at least for now. He believes the use of biofilters to clean the water, as is done in RAS operations, is where complications begin.

“Our main design principle is to reuse the water up to the point where you would otherwise need a biofilter. That’s when you stop. And the reason for that is that biofilters and whatever comes with them create more risks in the operation.”

The company’s original licence allows for 3,000 tonnes annually, but a new licence granted in November 2020 allows for 6,000 tonnes of live biomass at any given time. When production ramps up, Oddsson sees the potential to start using simple biofilters.

“Our design has already allowed for the use of biofilters and a higher degree of recirculation should it be needed later. But it’s good to be able to start with the partial reuse system initially so that by the time that you start to increase the complexity of the operation, you have competent staff on site. And you will have already mastered everything else, such as fish transfers.

“I think another reason why people (in RAS facilities) have had problems is that they throw everybody into the deep end from day one. They start with a system that’s complex, and especially in these days when so many new facilities are being built, I don’t know where they’re going to get enough people to run them.”

Back to basics
He says Matorka’s system is not unique, nor its use of geothermal energy. Fish farming in Iceland accounted for 5.4 per cent of the total geothermal heat use in 2019, according to Iceland’s Renewable Energy Cluster, citing data from the Icelandic Energy Authority.

“There’s nothing unique under the sun when it comes to fish farming. Somebody has tried something somewhere else,” says Oddsson. “This module system where one tank is below the one before, you can find these in rainbow trout farms in Turkey from the 1920s and in many places, they have these earthen ponds or raceways. I basically just went back to the basics but added to it state-of-the-art water purification system, CO2 removal, oxygenation system and drum filters to remove all the sludge from the centre drains. Ours simply is a 100-year-old system brought to the modern times. But I don’t know if anybody is doing this in a modern farm.”

In 2020, the Grindavik facility produced only half of its production target of 2,000 tonnes for that year. “Arctic char is quite a big restaurant and catering item so we’ve produced lower volumes than what we would have liked to see. As soon as the American airspace was closed off back in March, that’s when we reduced our budget for the year and slowed down our production process,” says company CEO Einarsson.

“Once we get out of this surreal and difficult environment and challenging markets brought about by the pandemic, we’re planning on significant growth. Immediately in 2021, we’ll be doubling our production. We foresee that we will fully utilize the 3,000-tonne in 2022. In the long run, we aim to take the production levels of this company up to 10,000 tonnes,” he says.

“We are breaking records daily,” adds Oddsson. “Every day we have more biomass than we had the day before. By March or April, we expect to be up to 1,500 tonnes.”

For now, Oddsson is working on securing Arctic char eggs. It and other Arctic char farmers in Iceland source their eggs from Hólar University, which is the premium source for good quality stock.

His wish list includes making Matorka even more sustainable than it already is. “Although we have not implemented everything yet, we’ve so far been able to use even less water than we were planning to. The plans were to use 450 to 500 litres per module but we’ve been able to reduce it down to 300 litres. The CO2 degassers are working better than I expected. The growth has been faster than I expected. The setup works. I’m proud of that.”

What Matorka has so far accomplished in terms of sustainability is no mean feat. Aquaculture investment firm AquaSpark recognized that. The Netherlands-based impact investor holds roughly 25-per-cent stake in the operation.

“We are in very good shape to facilitate growth in the next few years. Pandemic aside, the industry is seeing a significant demand for increased production, not only in terms of increased quantity, but also in terms of better quality, cleaner product that don’t rely on chemicals or antibiotics. And that is where we fit into the picture,” says Einarsson.