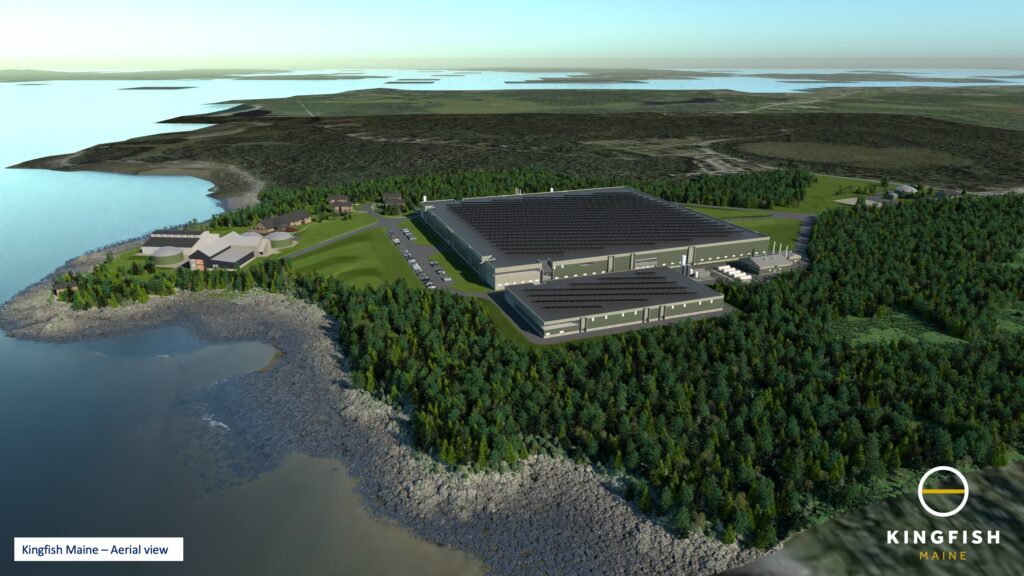 Kingfish Maine has finalized the last of its required building permits from local, state and federal regulatory agencies.

The final meeting with the Jonesport Planning Board took place last week, formally marking a clear path for the company to begin pre-construction design and engineering for the its new U.S. facility in Jonesport, Maine. Kingfish Maine has also received its first broodstock from the company’s main hatchery in Zeeland, Netherlands.

The local planning board gave its initial approval in October. Once fully operational, the recirculating aquaculture systems (RAS) facility is set to be the largest American producer of Yellowtail kingfish.

Earlier this year, the company faced some opposition that proposed a moratorium to cease all aquaculture activity in the region. The proposal was struck down in a town referendum in July.

“From the introduction of our project to the town three years ago to the final building permit approval this week, we have received overwhelming support from Jonesport residents,” said Ohad Maiman, founder of the Kingfish Company. “We are excited for what the future holds in Maine – bringing our sustainable land-based technology to the U.S., in a community where we can partner for growth.”

Maiman recently stepped down from his position as chief executive officer of The Kingfish Company, stating that “now would be a good time to hand off the CEO role.” Former board chairman, Hans den Bieman, now serves as interim CEO while the search takes place for a long-term replacement.