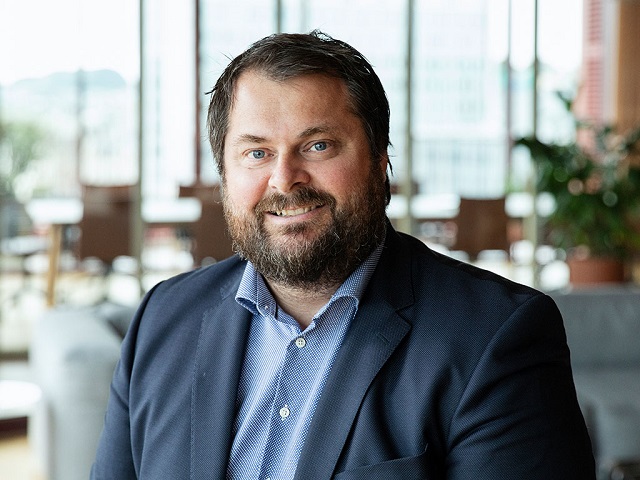 Berg, who has been the CEO of the company since 2020, cited “family matters” as the chief reason for his stepping down. Salmon Evolution appointed chief financial officer (CFO) Trond Håkon Schaug-Pettersen as interim CEO.

“It’s been a real pleasure leading Salmon Evolution through this very exciting period of time, where we have gone from being a small start-up to a large company with about 60 employees and a global presence. I firmly believe that the company is in a unique position and it has not been an easy decision to make,” Berg was quoted as saying in a company press release. “However, due to certain personal family matters, I have come to the conclusion that stepping down from my position as CEO is the best solution for both my family and the company.”

His resignation comes just as Salmon Evolution is poised to commence its first fish harvest from Phase 1 of its hybrid recirculating aquaculture system (RAS) / flow-through system facility in Indre Harøy.

Salmon Evolution’s nomination committee has proposed that Berg is elected as board member in Salmon Evolution which he has accepted. “The company company will shortly call for an extra ordinary general meeting to facilitate this,” the press release said.

Berg “has been instrumental in establishing Salmon Evolution as the global frontrunner within land-based salmon farming,” said Tore Tønseth, chairman of Salmon Evolution.  “At the same time the board of directors is pleased to have secured continuity with the appointing of Trond Håkon Schaug-Pettersen as interim CEO, whom together with the rest of the management team and the entire organization, ensures that the company is very well equipped to deliver on both our strategy as well as our upcoming milestones”

Schaug-Pettersen was appointed the CFO of Salmon Evolution in October 2020.  Prior to joining Salmon Evolution, he served over four years as senior vice president for finance and business development at salmon farmer and processor Hofseth International. Prior to that, he spent nine years as an investment banker at Swedbank/First Securities.