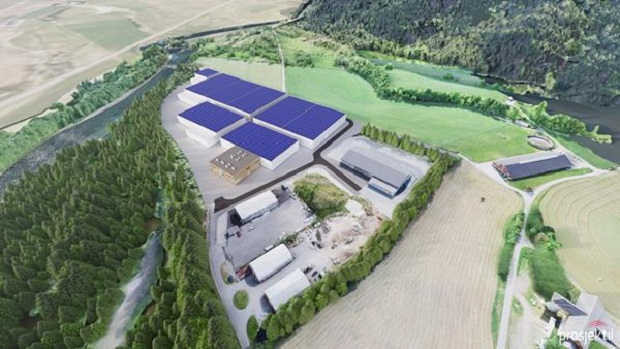 The company announced a joint venture with two other companies to form Årdal Aqua. The project will produce at least 3,000 tons of post-smolt annually and grow fish all the way to harvest size in a new land-based facility in Rogaland, in southern Norway.

Grieg Seafood owns one third of Årdal Aqua. The other co-owners are smolt and post-smolt company Vest Havbruk and the Stavanger-based investor group Omfar.

Grieg Seafood will take “a step-by-step approach” in learning the ropes of land-based aquaculture, according to Andreas Kvame, chief executive officer of Grieg Seafood.

Grieg Seafood also operates in British Columbia on the east and west coasts of Vancouver Island as well as along the Sunshine Coast. About a month ago, Canada’s Fisheries and Oceans Canada Minister Bernadette Jordan released plans for  the  phase out of net pen salmon farms on British Columbia’s Discovery Islands,

Canada’s federal government is pursuing an aggressive aquaculture agenda that aims to replace B.C.’s net pen farms with land-based farms within the next six years in a bid to protect fish stocks and marine habitats and combat climate change.

Kvame said his company intends to work towards cutting its environmental impact.

“We are working hard to improve biology and fish welfare, and to reduce our impact. For a long time, we have invested in post-smolt, where we keep the fish longer on land before we release it into the sea, as an important part of the solution,” Kvame said. “With Årdal Aqua we will be able to develop this farming method further. We aim for all of our fish in Rogaland to spend less than one year in the sea.”

The project is currently in the design development phase, and the company aims to start construction in the fall of 2021.

“Through our post-smolt investments we acquire competence on how to produce larger fish on land. Based on this knowledge, Årdal Aqua will also grow fish all the way to harvest size. We will take a step-by-step approach, as we know how complex biology is,” Kvame said.