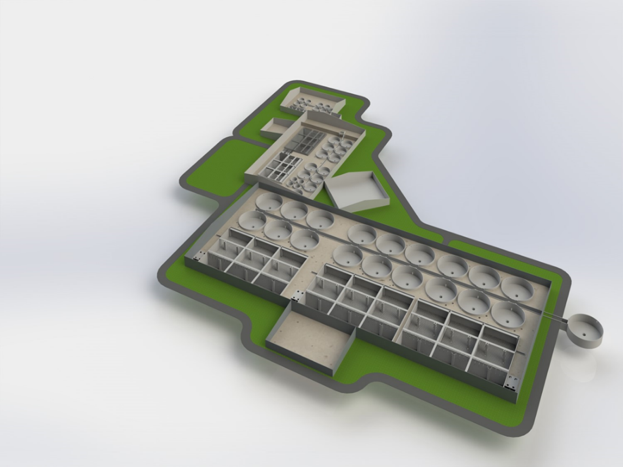 Grieg Seafood ASA said it will receive a reimbursement amounting to NOK40 million ($4.6 million) for its purchase of a recirculating aquaculture system (RAS) facility in Newfoundland.

The Bergen, Norway-based company completed its acquisition of the Grieg Newfoundland Group in April 15, 2020. During its preparation of the company’s annual accounts for 2020, Grieg Seafood conducted a re-assessment of the preliminary purchase price agreement.

“Due to a special warranty regarding the expected cost overrun on the RAS facility, the seller shall reimburse NOK40 million to the purchaser,” according to a press release from Grieg Seafood.

The Newfoundland project has a long-term annual harvest potential of 30,000 to 45,000 tons of Atlantic salmon.

The acquisition of Grieg Newfoundland AS strongly underpins Grieg Seafood’s 2025 strategy. The first harvest will be in 2022/23, and the region is expected to contribute 15,000 tons of annual harvest by 2025.

The project also includes exclusivity for salmon farming in Placentia Bay, which has a farmable area bigger than the Faroe Islands.  The project currently comprises licences for 11 sea sites. Three licenses have been approved, three more expected to be approved in 2020.

In the company’s board meeting on March 25, it was reported that Grieg’s profit before tax for the financial year 2020 amounted to a loss of US$35.2 million, with a profit after tax representing a loss of US$36.6 million.