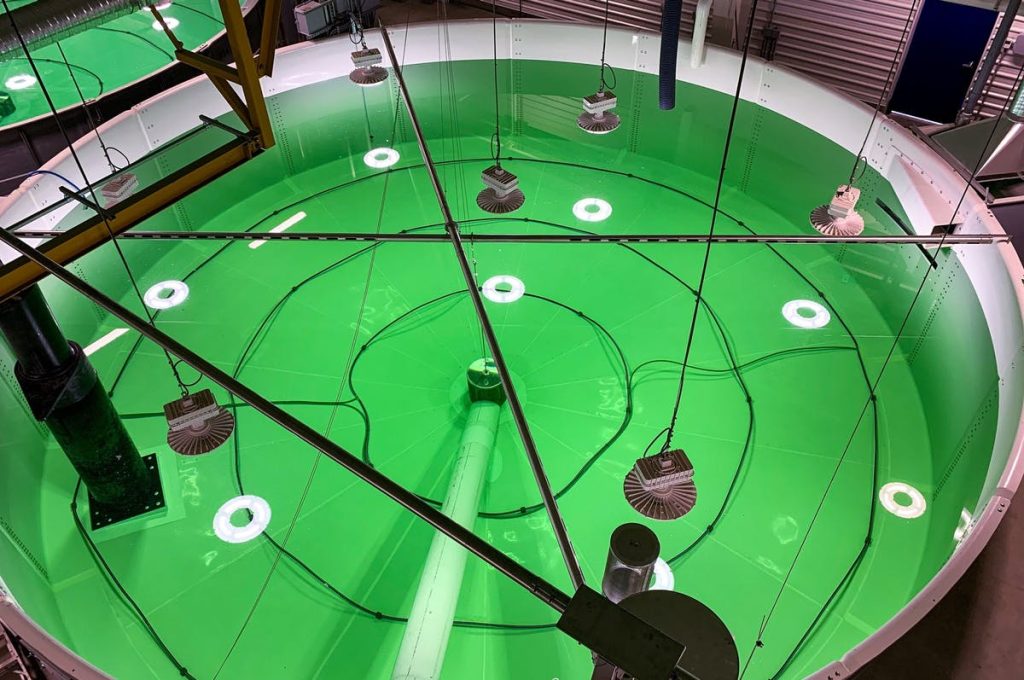 Grieg Seafood BC Ltd. is one step closer to completing the expansion of a its recirculating aquaculture system (RAS) facility in British Columbia (B.C.). The company recently celebrated the first of three milestones which indicates that the expansion plan codenamed RAS 34 project is nearing its end.

“This is part of our overall company goal of transitioning more of our production onto land,” said Rocky Boschman, managing director for Grieg Seafood BC. The project still has two major milestones remaining. The overall management system for the facility is scheduled for completion in March, followed by the addition of the first fish in April. The new facility has the capacity to hold up to 400 metric tons of fish.

The aquaculture company’s construction of a new facility in the village of Gold River in Vancouver Island, B.C., will double smolt capacity at Grieg’s hatchery and enable the company to keep its fish in the hatchery for longer periods.

“This will reduce the time required in the ocean, known as post-smolt farming,” Boschman was quoted as saying in a company press release. “This is a huge achievement and allows the focus to shift from overall construction to what we do best at Grieg, which is raise beautiful, healthy salmon for Canadians, and provide a growing global demand for nutritious, sustainable, protein. In total, the project represents an investment of over $25 million and the creation of almost 60 full-time site positions at the peak of construction.”

Less time spent in the ocean, minimizes the period in which wild and farmed salmon interact. Allowing the salmon to grow to a larger size in a land-based facility before transferring them to ocean farms, better prepares them for the transition from fresh water to salt water, said Boschman.

Adding water to the six tanks housed within the RAS 34 building means that workers in the Gold River facility can now begin to work with the system to create the necessary healthy bacteria and water conditions required to support the growth up of to four million smolts.

“With a new system, you have to ensure you create the right water conditions,” said Scott Peterson, Grieg freshwater director. “If you have an aquarium at home, you know that before you can add your fish, you must let the tank cycle. Well, we will be doing that over the coming six to eight weeks, but instead of the typical 38-litre, or 10-gallon fish tank you would have at home, we are doing this for our system which between the six tanks, has the capacity to hold just under two million litres of water.” He said the company will use two biofilters which each have the capacity to treat and filter 200,000 litres of water per minute.