Until now water-recirculating aquaculture systems (RAS) – rapidly gaining popularity around the world – have been limited in numbers and scope in Finland. But recently the country’s Ministry of Agriculture and Forestry and the European Union gave the National Resources Institute of Finland (known as Luke) money to set up a new testing and learning facility to focus on recirculating aquaculture systems at Luke’s inland fish farm at Laukaa. 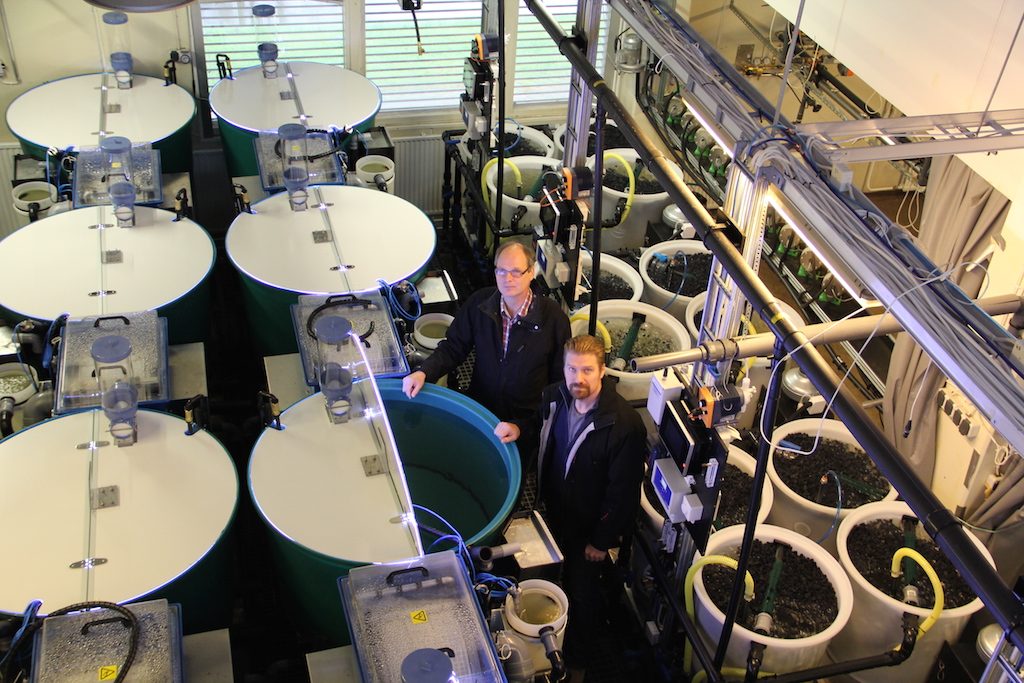 A press release from Luke says this is to be a first step on a path to Finland becoming “one of the main players” in the aquaculture recirc field. Currently 85% of all fish consumed in Finland is imported, so the facilities, which opened in mid-October with 10 RAS, are aimed at both introducing the best RAS systems and training people interested in running them within a growing domestic aquaculture industry. The facility will test and evaluate technical solutions in fish farming development, and examine the biological criteria that play important roles in fish culture.

To this point, the institute acknowledges, the volume of fish produced in Finland has remained small, “because the high costs of recirculating aquaculture have enabled us to use it only for farming more valuable species.”

Luke’s senior aquaculture expert, Tapio Kiuru, told Hatchery International that there is already a trend towards using larger units, and the production of ‘mass species,’ such as the rainbow trout.

Kiuru said he and program colleagues Jouni Vielma and Juha Koskela, senior research scientists at Luke, feel this trend could assist Luke’s work with RAS. In the past, the agency concedes, a limiting factor in Finnish fish farming has been the requirement for would-be operators to obtain a number of environmental permits. Over the last few years new production permits have been granted for recirculating aquaculture systems because the nutrient emissions are significantly smaller than from other systems, encouraging the use and development of RAS technology. There is also a promising outlook for exporting that technology, which could be aided by the research unit at Laukaa.

The statement concludes by saying the Laukaa unit had been financed by the European Fisheries Fund (EFF), and is supported by a sizable list of the country’s largest table-fish farmers and fry producers, Finnish recirculating aquaculture farmers, as well as companies that design and build RAS.