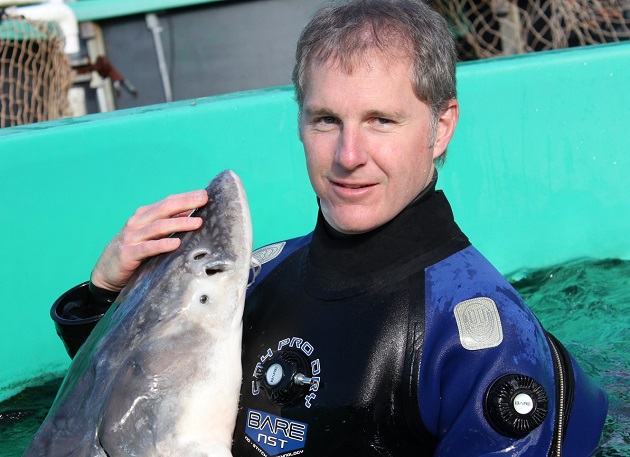 The Canadian government recently awarded $5.4 million to aquaculture projects in British Columbia to help them build a greener and sustainable seafood sector in the province.

The goal of the Fisheries and Aquaculture Clean Technology Adoption Program is to support 36 projects that are contributing to clean economic growth in British Columbia. The Province of British Columbia also announced a contribution of more than $785,000 in funding towards these projects.

Among the businesses that received funding were projects involving recirculating aquaculture systems (RAS) and land-based aquaculture:

Berezan Shrimp Co. Ltd., a land-based shrimp farm in Langley, B.C. The company received $296,310 in funding. Berezan Shrimp will use the money to invest in a new water treatment and filtration system to reduce total suspended solids and nitrogen in the water, thus reducing the amount of water exchanges required to maintain water quality standards within a RAS.

EWOS Canada of Surrey, B.C. is a producer of aquaculture and animal feed. The company received $384,000. EWOS will invest in a new waste water treatment and recycling system at its aquaculture facility that will reduce waste discharge and water consumption at the company’s facility.

Miracle Springs Inc. of North Vancouver, B.C. The company is one of Canada’s largest land-based producers of rainbow trout. The company will use the $68,580 it received to purchase a composting system to process fish waste, reducing waste and the need to transport waste offsite.

Northern Divine Aquafarms Ltd., of Sechelt, BC. The company is Canada’s only producer of certified organic farmed Fraser River white sturgeon. The company has been operating its land-based farm since 1999. Northern Divine will use the  $69,227 it received to support the installation of a solar-powered composting system to process fish waste, eliminating groundwater pollution, reducing waste and the need to transport waste offsite.

The aquaculture and fisheries sectors contribute approximately $4.5 billion annually in gross domestic product and provide thousands of jobs across Canada — many in Indigenous, rural and coastal communities.

“As we work to strengthen Canada’s blue economy, sustainability must underpin all our investments and actions,” Bernadette Jordan, Minister of Fisheries, Oceans, and the Canadian Coast Guard, said. “Through the Fisheries and Aquaculture Clean Technology Adoption Program, we’re helping our partners in British Columbia implement more sustainable practices, and therefore become more competitive in their markets.”