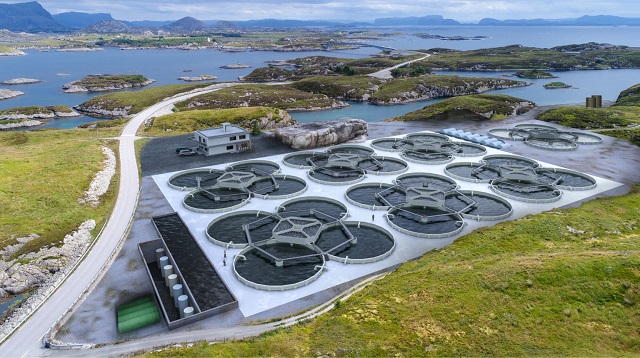 For Norway-based aquaculture company Bulandet Miljøfisk, salmon must grow in as natural an environment as possible while factors impacting its growth and well-being remain under control.

“Close to the salmon’s natural environment. Still under control” is what you will immediately see when you log onto the company’s web site. And if all goes according to plan, the company intends to finalize this year, construction of its facility in the island of Bulandet off the mainland coast of western Norway.

Bulandet Miljøfisk hopes to make its first delivery in the spring of 2022.

In the first construction phase, the company will produce approximately 1,000 tons per year. Bulandet Miljøfisk has a permit to produce 5,500 tons of salmon, however there are plans to go beyond that.

“The company has a development plan for Bulandet which will mean a significant increase beyond the current permit of 5,500 tons,” according to Hans Haddal, general manager. “At the same time, we are planning expansion beyond the existing location on Bulandet.”

The plant is located below sea level in a dry construction pit, so that an energy-efficient system with a low lifting height is achieved.

The water is collected at a depth of 20 to 25 metres to avoid sea lice and diseases and is lifted into an elevation pool on land using energy-efficient pumps. From the height basin, the lake is distributed by natural fall to the fish tank.

The production model in Bulandet is based on flow-through technology with a combination of harvested fish and post-smolt.