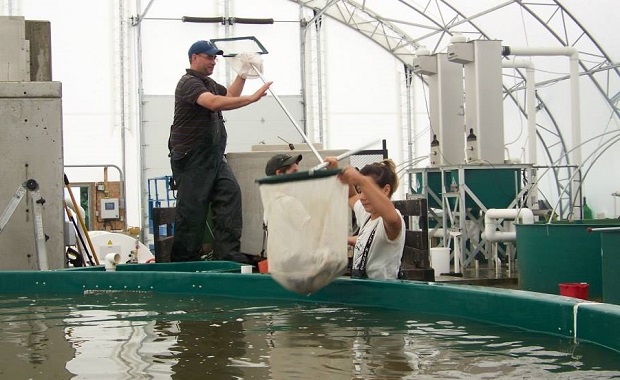 Blue Star Foods, announced this week that it has signed a term sheet to take over the operations of Taste of BC Aquafarms. Taste of BC is a pioneer in the RAS industry. The company’s  Little Cedar Falls brand steelhead salmon  has been in the market since 2013.

The acquisition of the Nanaimo, B.C. company will be done through a combination of cash, equity and assumption of debt.  The transaction is expected to close in  the first quarter of 2021.

“We believe land-based salmon farming can be part of the solution of healing our environment and will meet the gap between the growing global demand of salmon and a supply that is limited by its environmental impact, as well as geographical and governmental constraints,” said John Keeler, chairman and chief executive officer of Blue Star Foods.

Keeler said that while other companies such as AquaBounty Technologies and Atlantic Sapphire are pursuing a similar strategy, Blue Star Foods “believe this opportunity is massive and has plenty of space for several participants.”

Most term sheets are non-binding. However, they also contain compulsory provision on non-solicitation, exclusivity and confidentiality.

Furthermore, Taste of BC Aquafarms has expressed approval of the proposed acquisition.

“We are delighted to be joining Blue Star Foods through this acquisition,” said Steve Atkinson, president of Taste of BC Aquafarms.

Atkinson said  the acquisition suits his company’s highly scalable and modular design strategy. “I see no reason why the RAS  salmon production in BC cannot potentially exceed 100,000 metric tons annual production in the next two decades.  Along with Blue Star, we intend to be leaders in this new industry.”