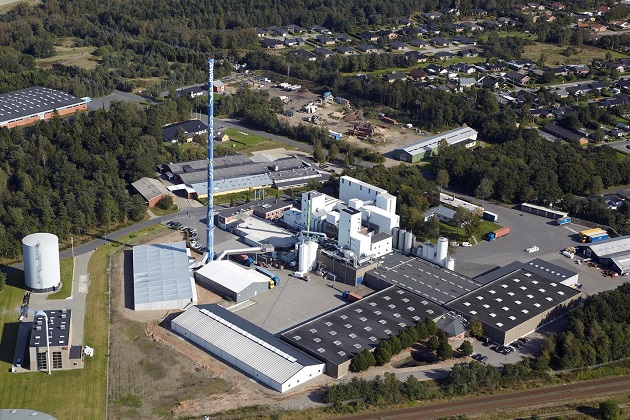 BioMar invested US$ 15 million to manufacture feed products dedicated to the recirculating aquaculture system and fry markets. The capital infusion has increased the Danish company’s annual production by 25 per cent.

BioMar’s Danish feed production facility is located in the centre of what is considered the “Silicon Valley for RAS” in the Jutland region of Denmark.
Jutland is home to leading RAS companies from technology providers to fish producers that have been supplying the industry for over 30 years.
“Being situated in an area with a long history of RAS research and development has enabled us to be first movers in RAS feeds and will continue to be crucially important in the innovation development of feeds for land-based farming. There is good recognition for our RAS feeds globally and our ambitions for this growing segment are high,” said Carlos Diaz, chief executive officer of BioMar Group.
He said the decision to invest in bumping up the capacity of the Danish facility was made two years ago.
The factory has produced feeds for more than 40 aquaculture species including trout, salmon, and Yellowtail kingfish.
The investment project was able to increase the overall capacity by 25 per cent, up to 160,000 tons of feed produced annually.
“Installing an extra production line into a facility that is in daily operation was challenging, particularly in the last few months of the process where we all have been working under extraordinary circumstances due to the COVID-19 situation,” Anders Brandt-Clausen, the managing director of BioMar Denmark explained. “Thanks to our highly skilled and dedicated people, we have been able to successfully manage the process without compromising the daily operations and schedule.
Aquaculture feeds from the new line have been tested over the last couple of months and has shown impressive results, the company said.
“We have just been through the fry feed season and we received very positive feedback from farmers around the world on the quality and performance of the products,” said Brandt-Clausen.
Advertisement
Print this page