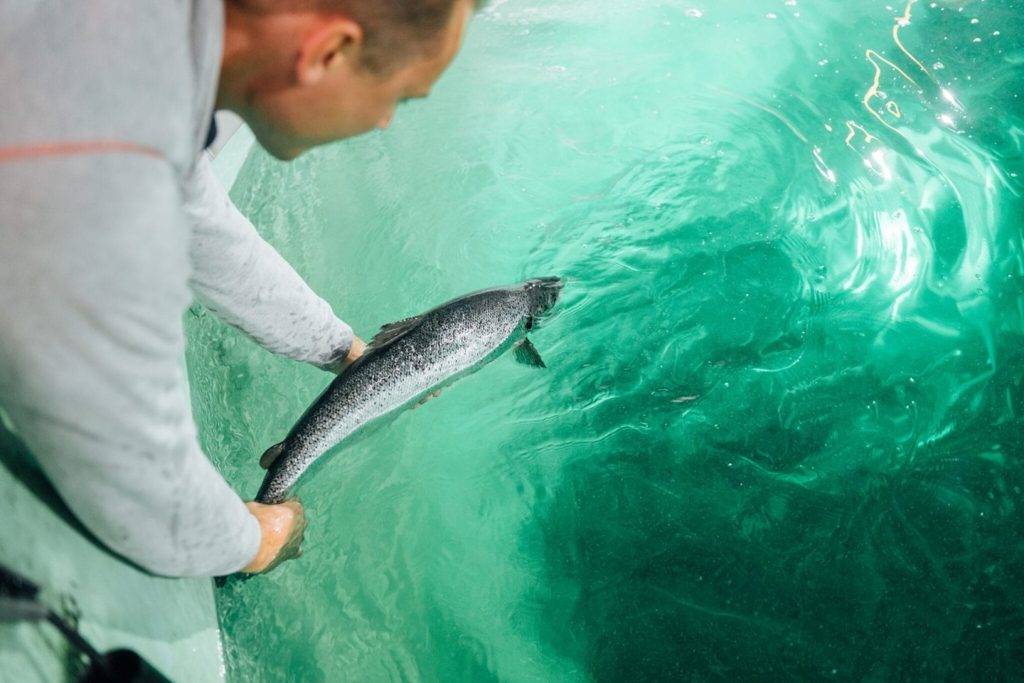 “Due to above normal and increasing mortality in certain systems, fish from these systems have been harvested earlier and at a lower average weight than original,” a press release from the company said on Oct. 16. “The company’s average harvest weight in the second half of 2022 is therefore expected to be 2kg HOG (head on gutted).”

Atlantic Sapphire did not say how many fish died but said its harvest expectation of 800,000 to one million fish “remains unchanged.”

The biomass gain and harvest volume expectations for 2023 are not impacted by the early harvest, the company said.

he company did not reveal how many of its fish had died, or the volume of its early harvest. The company said its harvest guidance of 800,000 to one million fish “remains unchanged” and its biomass gain and harvest volume expectations for 2023 “are not impacted by the early harvest.”

“The Company still expects to receive an average premium price of approximately US$12 per kg for its Bluehouse Salmon (superior 3kg+ fish). The revenue for the second half of 2022 is estimated to be around the same level as in the first half of 2022,” according to Atlantic Sapphire.

The company said it continues to investigate the cause of the” above normal mortality in certain fish systems to be able to take further corrective actions and minimize future mortality.”