Features
Ask The Experts: Risks and benefits of using ozone 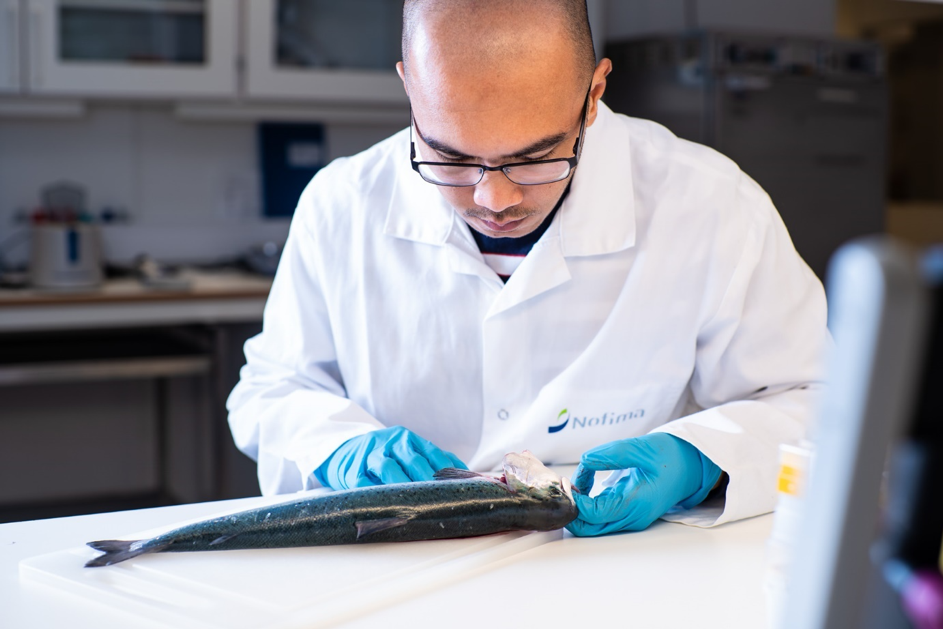 Ozone (O3) is regarded as a powerful oxidant due to its highly unstable nature. This oxidising potential provides potent O3-related germicidal functions, making it an effective well-known strategy for water disinfection. When O3 dissolves in the water, it produces a broad spectrum of biocides destroying bacteria, viruses and cysts; hence, water treatment facilities often use  O3 for disinfection.

In aquaculture, its benfits to improve water quality have been well-documented. In recirculating aquaculture systems (RAS), using O3 results in the reduction of bacterial load, nitrite, ammonia, suspended solids, and yellow substances.

However, the use of O3 is mainly limited to freshwater RAS, as disinfection by-products (total residual oxidants) can form, and are higly toxic to fish in high salinity conditions. In particular, the formation of toxic bromines, following contact of O3 with bromide in seawater, is of great concern. Therefore, a cautious attempt at using O3 in saline RAS must begin with establishing thresholds that provide a favourable environment but do not negatively affect the health, welfare and production of farmed fish.

CtrlAQUA develops technological and biological innovations supporting the adoption of closed containment systems for Atlantic salmon aquaculture. We are exploring the use of O3 in salmon production in brackish water closed systems.

Earlier, it was demonstrated that salinity of 12 ppt improved growth, survival and welfare of salmon in RAS and was identified to be cost-efficient for prolonged land-based rearing of post-smolts before transfer to open sea cages.

The first trial aimed to identify the O3 threshold for salmon post-smolts. To isolate the effects of ozone alone, the experiment was performed in a brackish water flow-through system. O3 was injected into a header tank, and the desired O3 concentration in each tank was achieved by mixing ozonated and non-ozonated water.

One of the drastic impacts of O3 application was how O3, particularly at 425 mV and higher, compromised gill health. Histopathology revealed extensive damage to branchial features, including widespread hyperplasia, lamellar clubbing and fusion, necrosis. Additionally found, was fish with compromised gill health had reduced chloride ion levels in the blood, which was a finding indicative of respiratory acidosis and a higher haematocrit level, showing the fish experienced compromised oxygen transport.

During the trial, we also documented that fish from the two high groups were schooled near the water inlet prior to observed mortality which somehow supported the hypothesis that O3 resulted in respiratory compromise. Interestingly, the skin was not significantly affected by the treatments. Therefore, based on the results from this foundational study, we concluded that O3 levels of 300 to 350 mV was the safest range for post-smolt in brackish water.

This foundational study was used to further investigate the biological consequences of continuous O3 application on post-smolts in a brackish water RAS. In a 45-day trial, we had two treatment groups: (1) a control group that did not receive ozonation and (2) a group that was continuously dosed with O3. The latter received an average O3 dose of 330 mV during the trial.

No significant differences in survival, external operational welfare indicators and average weight at termination between the O3-treated and control groups were found. Plasma was analysed for a panel of stress status and internal organ health indicators. Cortisol, lactate, glucose, alkaline phosphatase, and lactate dehydrogenase levels, as well as total antioxidant capacity remained unaltered by the treatments. Nonetheless, the increased level of plasma creatinine in the O3-treated group at termination, suggest interference with renal function, warranting further investigation. This trial supported results from the foundational study, demonstrating the skin was less responsive to O3 than the gills. Histological and gene expression analyses showed little skin changes after O3 treatment.

Contrastingly, changes in the gills showed it was a suitable organ for assessing the impact of O3 on salmon. Quantitative histopathology disclosed that the O3 group exhibited better gill health status than the control group, particularly at the end of the trial. The number of healthy gill filaments was higher in the O3 group, while the prevalence of non-specific pathologies, such as lifting, clubbing, hypertrophy, and hyperplasia were higher in the control group.

The gene expression profile revealed the potential of O3 to induce local oxidative stress responses in the gills, as several genes affected by O3 treatment had a crucial role in maintaining redox balance and antioxidant defence.

Exploring the impact of O3 treatment on salmon response to secondary stressors provided insights into the consequences of using O3. O3 treatment didn’t alter the capability of post-smolts to respond to a secondary stressor as both the control and O3-treated groups mounted the classical adaptive respons handling confinement stress.

When optimising the RAS environment,  physiological consequences of these rearing manipulations in fish should be considered. While we develop technologiesto make salmon production viable and economically feasible in closed systems, emphasis must be put on the effects on their health, welfare, and performance.