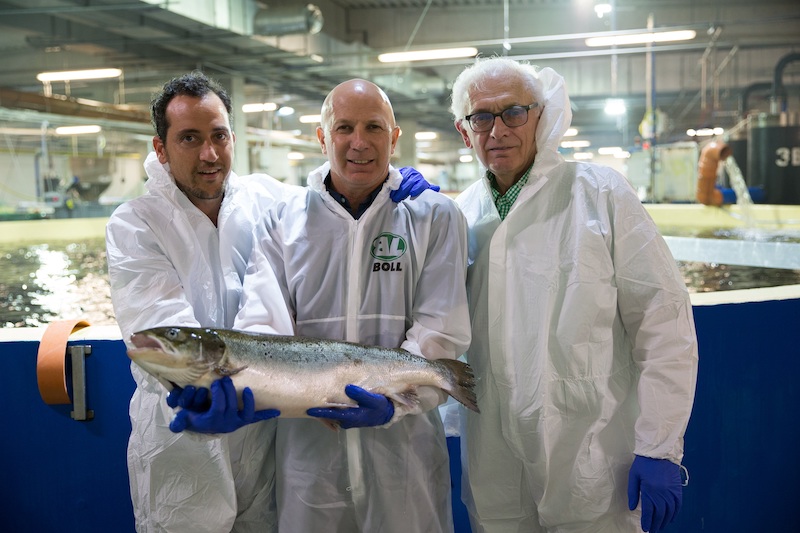 The RAS facility, which will be built in France, was commissioned by 8F Asset Management, which owns Pure Salmon.

AquaMaof said the project is in its design stage. The first eggs will be introduced to the system by 2021. The first harvest is expected by 2023, according to a press release from the company.

When completed, the facility will bring to 60,000 tons the combined annual production of Atlantic salmon by other facilities built by AquaMaof. The company specializes in indoor aquaculture technology and turn-key projects. From concept to operational fish production facilities, the company’s proprietary RAS technology has been used worldwide.

“We are excited to kick off this project that will integrate all the latest advancements in RAS technology,” said Shai Silbermann, vice-president of marketing and sales at AquaMaof. “These projects will provide important local production capabilities to markets that today import the vast majority of their fish and seafood.”

The company’s facilities are strategically located adjacent to large cities, which dramatically reduces transportation costs, and produce fresh, natural, and high-quality fish at competitive prices, according to AquaMaof.

“Today more than ever, the capabilities of maintaining a clean, bio-secured, disease-free environment in fish and seafood production, as well as enabling local production in a time of disrupted food production and international supply chain and transport, are much sought after. Governments, investors, and big retailers are seeking food-production technologies that promote food safety and local production capabilities,” said Silbermann.