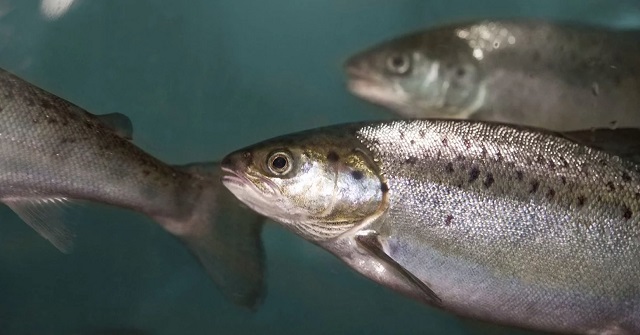 Initial work in the construction of a new recirculating aquaculture system (RAS) facility for AquaBounty has begun in Ohio.

The land-based aquaculture company said site preparations for its 10,000-ton salmon farm in the Northwesten village of Pioneer, Ohio is now underway.

“The construction of roadways and on-site energy infrastructure, as well as the setting of surveyor’s benchmarks ahead of grading work, are underway as we speak. These are absolutely critical first steps in the construction process,” according to Sylvia Wulf, chief executive officer of AquaBounty.

“Our team has implemented a set of rigorous processes to mitigate potential supply chain challenges resulting from the current market environment, while containing any potential price increases – including the ordering of key RAS technology items such as disc filters and the pre-engineered metal building (PEMB) for the farm,” she added.

Wulf said details of the company’s plans for an official groundbreaking ceremony will be released in the coming weeks.

The large-scale, salmon farm is expected to cost within the range of US$290 million to $320 million, including a reserve for potential contingencies of $30 million.

The company hopes to begin with commercial stocking  of the facility with of salmon in 2023.

To support the egg requirements of the Ohio farm, AquaBounty use the company’s Prince Edward Island, Canada grow-out farm operation for the production of traditional salmon broodstock, eggs and fry, in addition to AquaBounty’s genetically engineered salmon eggs, the company said last year.

“This transition is expected to occur over the next two years and increase our egg production capacity from eight million to 30 million eggs annually,” according to a press release from the company. “There is an increasing demand for traditional salmon eggs in North America and so our increased egg production capacity is expected to supply both our own needs and create an additional revenue stream from traditional salmon eggs.”