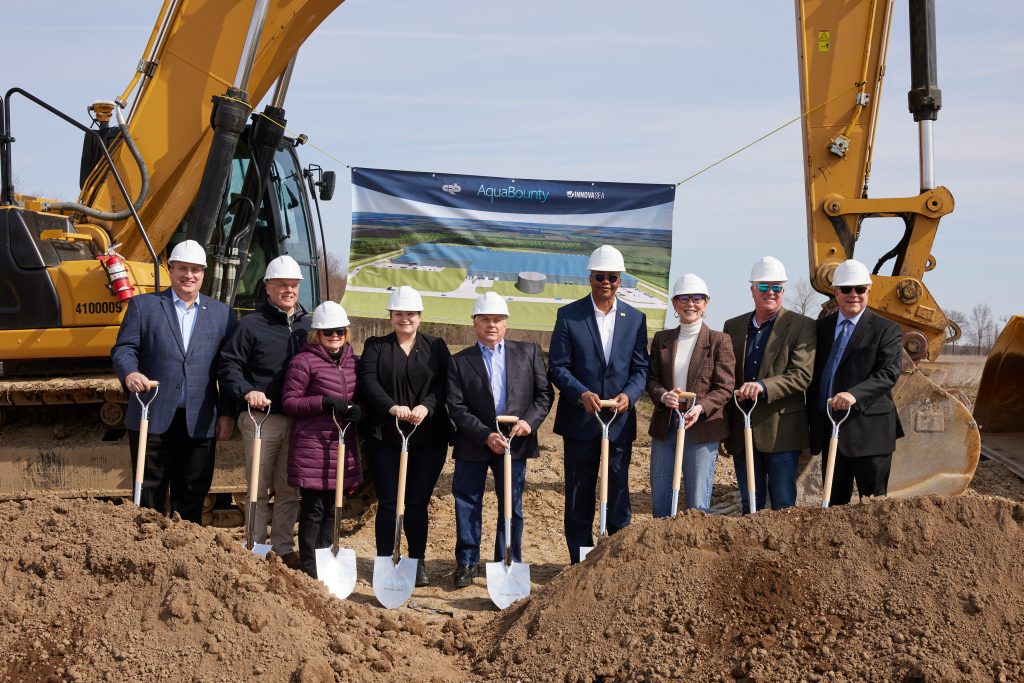 The company celebrated a ground breaking ceremony on April 20 at Pioneer, Ohio with its partners, CRB, Innovasea, and local government officials.

The project is expected to cost from US$290 million to $320 million. This new facility will be designed to have an annual capacity of 10,000 metric tons of genetically-modified Atlantic salmon. Commercial stocking of salmon eggs are expected to begin in late 2023.

“We are pleased to have officially begun building our next-generation, highly productive facility in Pioneer, Ohio, which will serve as a model for the aquaculture industry and our continued expansion,” said Sylvia Wulf, chief executive officer of AquaBounty. “This milestone comes after many dedicated teams completed extensive scientific investigation, analysis, testing, modelling, and regulatory review.”