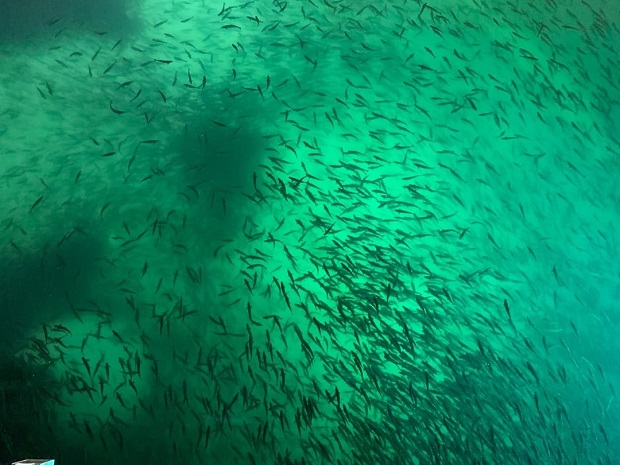 Land-based salmon grower, Andfjord Salmon AS is gearing up for its first smolt release at the company’s facility in Kvalnes, Andøya.

The Norwegian company announced that it plans to commence the release in the facility’s first pool this month.

“Our entire set-up is based on an idea of recreating the salmon’s natural habitat on land,” a company press released quoted Martin Rasmussen, chief executive officer of Andfjord Salmon, as saying.  “We have applied this philosophy when planning the smolt release too. Smolt release in late June coincides with the wild salmon’s migration period here at Andøya.”

“Further, an increasing amount of natural light and period with rising temperatures is good for fish health and development. This is why ultimo June has been chosen for smolt release,” the company executive added.

In November last year, the company reported that it was testing the pool’s functions with seawater, various equipment and components such as power adapters, sensors and the filtration system for discharge water. The pool can hold 1,000 tons of salmon.

The pool is equipped with a unique flow-through technology. It has been operational 24/7 during the last few months.

The company has conducted a continuous and complete technical and organizational simulation during this period, to make sure that all technology, equipment and personnel are well prepared for smolt release.

All biological sensors are installed and the cleaning robots have been extensively tested. Back-up systems and solutions have been subject to comprehensive testing. The line for receipt and delivery of fish is also in place.

Meanwhile, the company also reported that blasting and excavation work for the next pools (the project’s Phase 2) at Kvalnes has progressed well during the past few months. The pools closest to the first pool are being excavated first.

Last year,  Andfjord Salmon announced a revised plan to increase production volume by approximately 50 percent at Kvalnes, from 12,600 (Phase 1 and 2) to 19,000 tons (Phase 3) HOG, through purchase of an adjacent land area at Kvalnes.

Andfjord Salmon also secured land and land rights to two other areas at Andøya, called Breivik and Fiskenes. The company plans to establish similar land-based fish farming facilities at both sites, targeting a production of 25,000 tons HOG at each site.