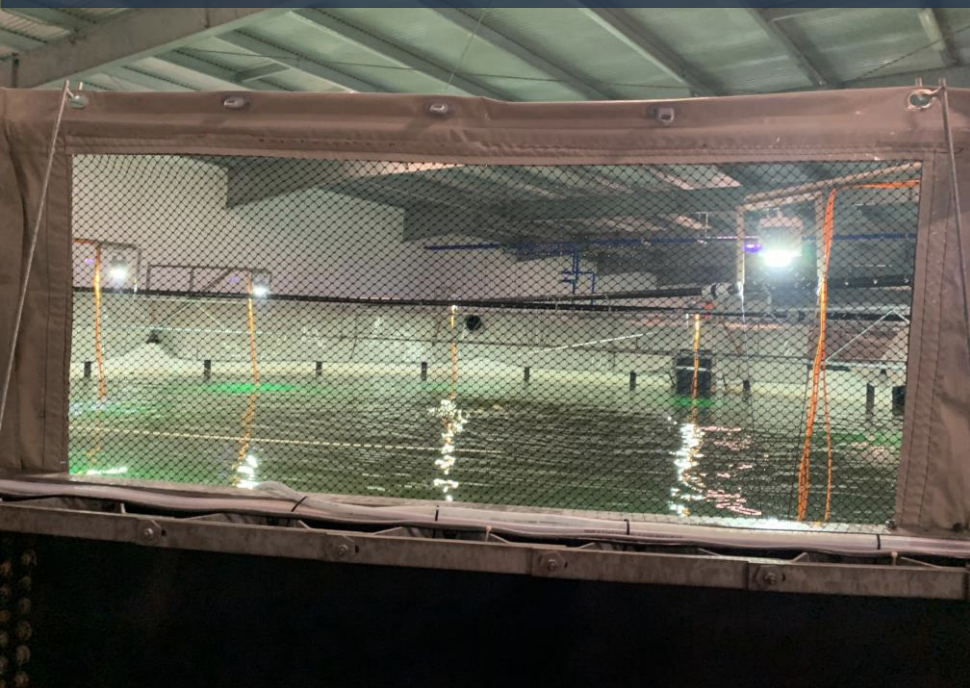 Atlantic Sapphire begins its first fish harvest in the United States this month, but construction timelines for its massive land-based RAS facility near Miami, Florida, has been extended due to COVID-19, according to the company’s latest operational and financial update.

The 2020 first quarter report of Atlantic Sapphire indicated that the company is poised to start the first harvest in September from its Bluehouse RAS facility in Miami, part of a giant land-based recirculating aquaculture farm the company is building in Florida.

In July, the company reported that it “was forced to initiate an emergency harvest” of 400 tons of fish at one of  the grow-out systems in the facility. Atlantic Sapphire said it was investigating the possibility that “disruptive construction noise and severe vibrations” had stressed out the fish.

At that time, construction on the facility was already behind schedule due to challenges posed by the COVID-19 pandemic. Atlantic Sapphire had initially planned to commence commercial harvest in April of this year. The harvest was moved to the third quarter of 2020. The company said the largest fish will be harvested in September of this year.

The first quarter report report released by the company in late August indicated, “construction timeline has gradually extended due to Covid-19 and other unforeseen delays.” The company expects completion of Phase 1 construction in the fourth quarter of 2020.

“The fish’s appetite and system capacity are in line with expectations, when feeding is not held back due to construction delays,” the report noted.

“Delayed ability to operate the farm at full capacity has pushed phase 1 ‘steady state’ production until Q1 ‘21,” the report said. The company expects to harvest about 1,000 tons HOG of Atlantic salmon by the fourth quarter of 2020.

Phase 2 construction will start at the second quarter of 2021.