Features
A focus on aquaculture in the ‘Land Down Under’

With various climates to accommodate different species, those working in Australia’s aquaculture industry expect production to ramp up, in order to meet global demands 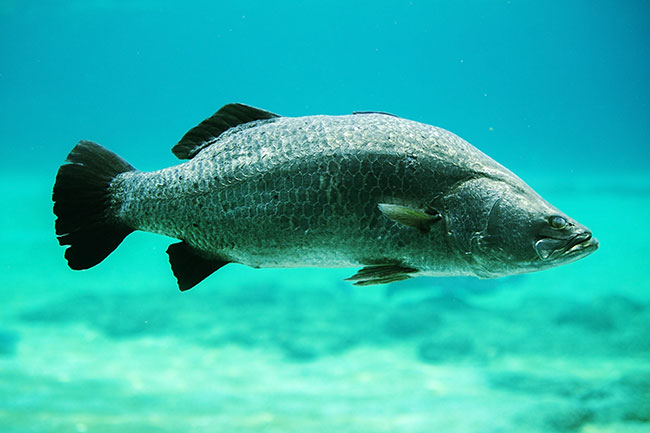 As a barramundi farmer, Harrison is bullish toward the specie and believes there will be plenty of growth in the sector. Photo: Adobe Stock/robdthebaker

Harrison co-founded MainStream Aquaculture in 2001, with a vision to create an environmentally-sustainable ‘business for the future’, based on best practice aquaculture technology. Harrison has worked in Australia and abroad, and holds a PhD in aquatic biology, and has a strong track record in fish production across multiple species, fish hatchery operations, and research and development both in aquaculture and more broadly, in marine biology.

Harrison has designed and commissioned numerous recirculating aquaculture systems (RAS), has a thorough understanding of the biological requirements for aquaculture, and a capacity to merge these skills into successful commercial ventures.

RAS Talk: Paul, can you start by telling us the story of MainStream Aquaculture’s founding?

Paul Harrison: MainStream Aquaculture was founded in 2001, so we just passed our 20-year anniversary as a business. When we first founded the company, our intention was to build an urban RAS farm as a demonstration at the start, and as a business, had a concept that we would build RAS facilities near cities that can grow any species, and are able to move and adjust to different species, as required.

As we moved along, we found that multi-species was difficult to pursue, as there are specific requirements for each type of species. For us, we gravitated toward barramundi; after about five years, we reshaped and rebadged ourselves as barramundi specialists.

We’re very bullish about barramundi as a species, as it’s a species that can industrialize to the same extent as the Atlantic salmon industry, for instance. Similar to the Atlantic salmon, barramundi can provide an important product in the white fish category space. As a business, we’re focused on barramundi now, and sell our products under the brand ‘Infinity Blue’ in Australia and abroad. We farm barramundi within Australia and we also have a hatchery and breeding program within Australia. This allows us to supply fish to both the Australian industry and global industry. I believe currently, we export our barramundi to 29 different countries.

Today, we are in the fortunate position that we have a strong, Australian business, and we’re continuing to grow. We have a strategy for 2025 to achieve a certain size within Australia and simultaneously, looking to expand our operations offshore as well, with the United States (U.S.) being of particular interest to us.

RAS Talk: What’s the approximate size of your production currently? Do you raise fingerlings and grow barramundi, both providing fingerlings to the industry, then using those fingerlings for MainStream’s production?

PH: We have our land-based pond assets as our primary growout method for volume. We have a RAS facility where we grow fish out to market and from which we get about 750 to 800 tons per year. We’re doing about 2,000 to 2,500 tons out of the ponds at the moment. But there’s a number of ponds that have just started, some have just been built, and we just recently purchased another farm. So we have a target towards 5,000 to 6,000 tons of barramundi production by 2025.

PH: Our driver is focused around the product, getting a premium product to people that tastes great and has been grown in a responsible way. As a business, we still want to be around 50 years from now. We want to build a sustainable business. Initially, we were very focused on RAS, and remained very focused and a proud leader in that area, we still see that as the future.

However, over the past 20 years we’ve become a little less focused on the system and I would say, we’re quite agnostic as to the production methodology. We find that for barramundi grown in Australia, the land-based pond methodology is currently very good to perform the growout phase. Those farms only work properly when they’re augmented by a RAS at the start. It’s analogous to Atlantic salmon in the way the production cycle works best is to generate, not a small fingerling, but a 100 or 200-gram fish equivalent to a smolt. At this stage, you put that into a larger, more expensive growout system. That could either be a land-based pond system or a sea cage, which is how barramundi is predominantly grown.

As I mentioned, as a business and a technology company, we certainly identify as RAS leaders and promoters, but in terms of the whole growout cycle, we’re quite agnostic to how that’s done. What we really see currently, is we’re doing a lot of pond farming, and we’ve been able to take some learnings from RAS and apply it to pond farming to increase our yield per hectare. 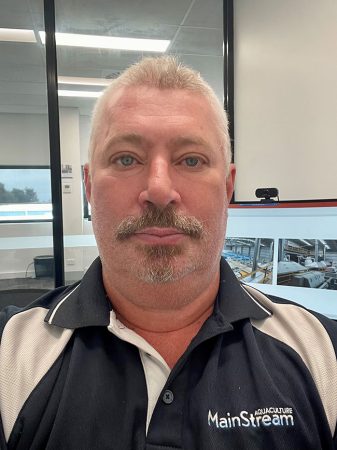 RAS Talk: For our listeners who aren’t located in Australia, could you give a short primer on the current Australian aquaculture industry? What species are most produced on land versus at sea?

PH: For any of your listeners that haven’t been to Australia, when people come here for the first time, they’re quite surprised at how big it actually is. Australia is effectively the same size as North America but you have to think about it flipped upside down. We have a very temperate cold-water environment in the southern part of Australia, while the northern part of Australia has a very tropical and warm environment. This allows us to grow various species in those different environments.

In Australia, the highest valued species in terms of fish, is the southern bluefin tuna. Here, our two two major finfish industries are southern bluefin tuna, and Atlantic salmon. Both species are grown in the temperate southern part of Australia. Barramundi, also known as Asian sea bass, comes in third to those species, and is grown more in the northern climates. Those three species are the three main fish grown in Australia.

Southern bluefin tuna is one where the lifecycle is not closed. The industry relies on catching juvenile tuna and bringing them into sea pens, then growing them up from that point; Atlantic salmon in the southern part of Australia is a very similar industry to that of Norway.

Crustaceans are quite big in Australia; prawns in particular, freshwater yabbies, as well as Red Clora. Then we have a pretty big shellfish industry as well. We have abalone, mussels, and Pacific oysters. In that sector, the largest value sector is pearls from oysters, which are predominantly grown in the northwestern part of Australia.

RAS Talk: By the sounds of it, there’s plenty of aquaculture production in Australia, and plenty of established and sustainable species to grow. Where do you see the most growth in the Australian aquaculture industry down the road?

Related
RAS Talk: An inside look at Australia’s aquaculture industry
A close look at RAS technology
Dutch Yellowtail producer to set up RAS facility in US
Integrating membrane biological reactors with RAS